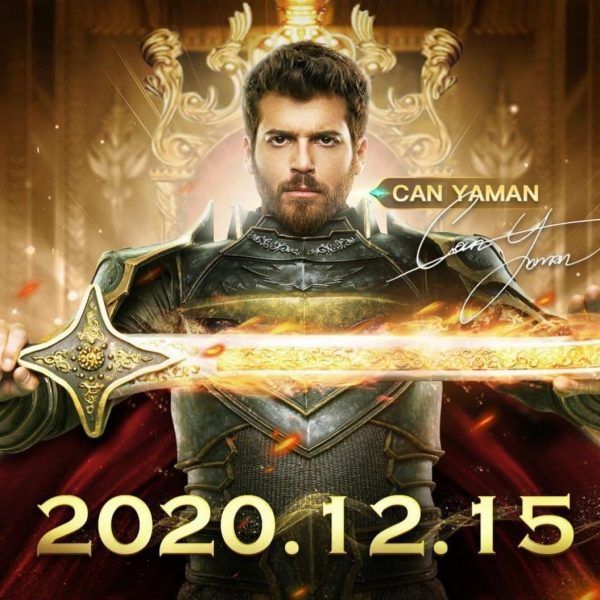 Drama or comedy? In what genre will Can Yaman’s fans see their favorite star in the new season? When will we get information about the actor’s new project? We tried to get details of his new work!

Can Yaman has gained a large following outside of Turkey through his work on the TV show “The Daydreamer”. After finishing his next series “Mr Wrong” in September, the fans of the actor froze in anticipation: in which project they will see Can this time. Many were sure that he would return to the screens only next summer, as producer Faruk Turgut announced that he was preparing a new summer romantic comedy with the actor. There were also hopes that Can could star in a co-production of the Italian-Turkish series, which was also produced by Faruk Turgut.

In addition to TV series, Can is involved in advertising, being the face of the TUDORS brand. And now, another project has come to light. According to the official announcement, Can Yaman has become the face of the Chinese role-playing game Pasha Fencer in Turkey and the Middle East, which starts on December 15. Note that Can is not the first actor to be involved in the huge gaming entertainment industry. This is common in the US, but in Turkey it is a fairly new area of ​​work for actors.

However, the most unexpected information came from the famous journalist Oya Dogan, who reported that Can Yaman would be starring in a new drama series in the winter-spring television season, not a romantic comedy. An agreement on a new work has already been reached and the channel of the broadcast is even known, but she was not in a position to provide details. This information really surprised the fans of Can Yaman, who recalled that the actor said that he preferred to be in romantic comedies. However, it seems that there was a scenario that convinced him otherwise.

Will the journalist’s information turn out to be true? Will we see Can Yaman in the drama, or, as producer Faruk Turgut promised, he will return in a romantic comedy? That’s something we’re going to find out in the very near future, because the dramas are released in the winter-spring season and if Can actually signed a contract to work on a show like this, we’ll know about his new work in the next couple of months.