Did Can Yaman set a record in Italy? 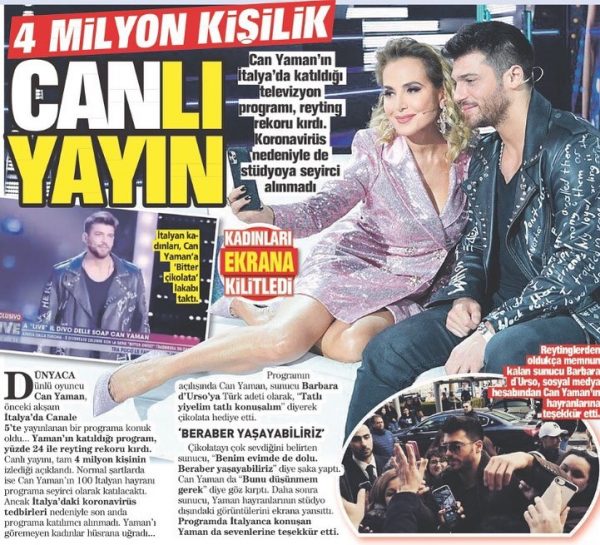 The Turkish press continues to lie without compunction. Today, Turkish media reported that the Italian program of Channel 5 Live-it is Not the d’urso starring Can Yaman as an invited guest was watched by 4 million live viewers and this is a record to be proud of.

Did a little digging on the Internet, we found that 4 million viewers is really a record and it was really set by this program, but it just happened on May 22 last year and Pamela Meadows was an invited guest. Unfortunately, it is precisely because of the constant lies that the level of trust in the Turkish media is extremely low, but all reproaches for this disinformation are directed at actors who have nothing to do with it.

READ  Furkan Palalı VS Can Yaman