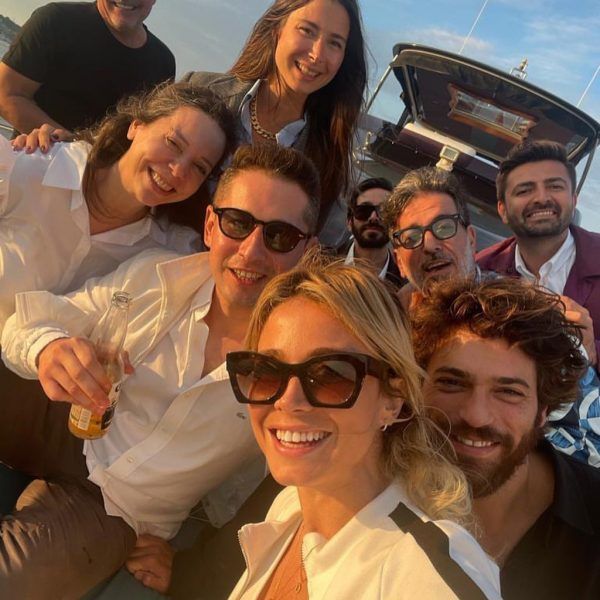 Few believed in the seriousness of Can Yaman’s intentions towards his Italian beloved Diletta Leotta, however, the Turkish actor denied all the gossip and rumors. A couple in love seem to be on the verge of making the biggest decision of their lives. Will there be a wedding? And when?

The relationship between Italian presenter Diletta Leotta and Turkish actor Can Yaman is developing so rapidly that journalists often suspect that the romance is just a publicity stunt that benefits both sides. However, young people over and over again refute doubts, proving that love at first sight really exists.

According to the Italian press, the official proposal to the beautiful Italian woman has already been made, and after a slight hesitation she put the ring on her finger. However, despite the fact that both Diletta and Can are quite adult and independent people, the opinion of the family still means a lot to them. Can had to personally visit the future father-in-law and convince him of the sincerity of his intentions. The Italian edition “Gente” reports that the consent to the marriage has been obtained from Mr. Leotta.

Following this, the couple in love went to Istanbul in order to receive a marriage blessing from the groom’s parents. The beautiful Italian woman charmed the mother of Can Guldem hanım and the father Guven Yaman. Mom even called her daughter, thereby making it clear to everyone that she welcomes the relationship between her only son and the Italian beauty. Can showed the Bosporus to the bride, introduced her to numerous relatives, took her to the covered bazaar and even gave her a taste of true Turkey in the hamam.

Thus, we can safely conclude that the consent of both parties to the marriage has been obtained and preparations for the wedding have begun. Given the busy schedule of Can and Diletta, it is possible that the celebration will not take place soon, but no one doubts that the wedding will be.