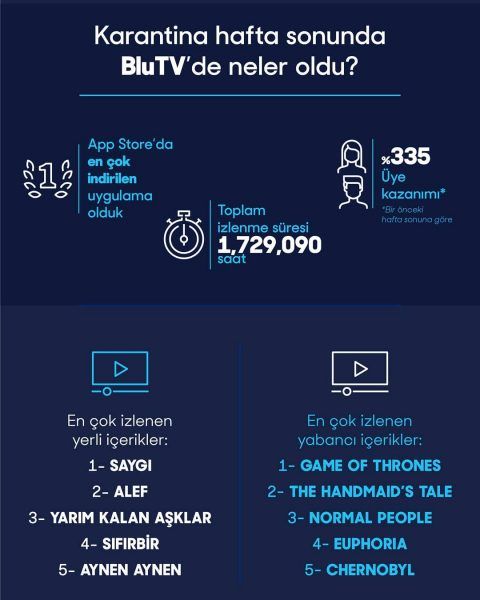 Digital platform Blu TV shared the results of the free weekend, which, however, was marred by technical problems (the site crashed due to numerous visitors). In just two days, viewers spent 1,729,090 hours watching the platform’s series and films. The majority of viewers (43.8%) used the web version, another 32.2% used mobile applications and 24% watched on TV. 1,509,291 hours were spent watching TV series and 156,464 hours watching movies.

The most popular original series of the platform:

The most popular foreign series of the platform: