Nur Fettahoğlu explains why the Choice / Babil series made the final 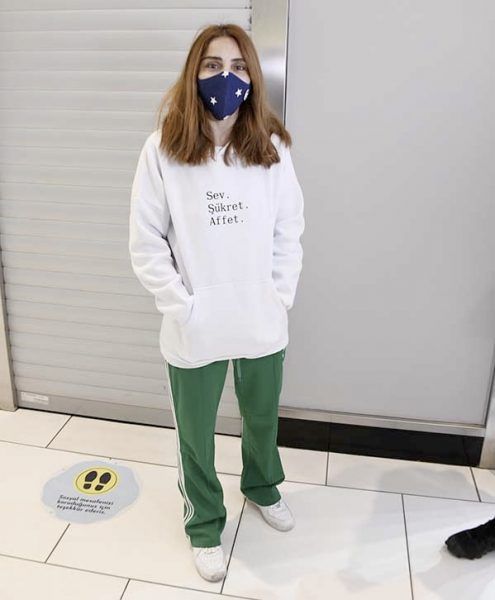 Nur Fettahoğlu, who was noticed in one of the shopping centers of Etiler, said that she dropped in for a while to buy a present for her daughter for the New Year. She does not want to be outside for a long time, she prefers to stay at home and not take risks. She was very worried that she would not be able to communicate with her daughter if she fell ill, so she tried to defend herself as best she could on the set. But now they’re over, the show is over, she stays at home.

As for the information that she could allegedly be jailed because of problems with the reconstruction of the building without the permission of the municipality, so far she cannot comment on anything. However, there is no talk about a prison term, this is a fiction of the press.

As for the reasons of quick final of the series The Choice / Babil Nur noticed that the script was written in advance and it was originally a work for the digital platform, so they knew from the beginning that there would be few episodes. Of course, they were upset when the work was finished so quickly. But this was not a long project from the very beginning. While she does not think to return to the screens, she prefers to stay at home and relax.