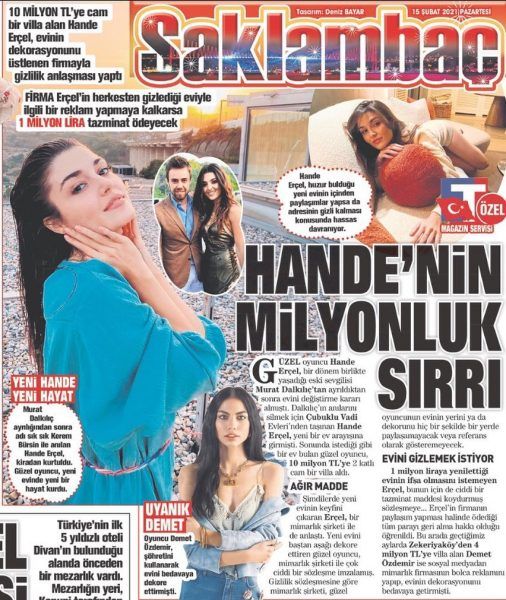 Hande Erçel signed an unusual contract with one of the architectural companies. Why doesn’t the actress want her personal information to become available to the public, and what exactly is it about?

Hande Erçel is one of the most sought-after and highly paid actresses in Turkish show business. It is not surprising that the girl is serious about investing her earned money. And the most reliable way to keep what you have earned with your hard work is to invest in real estate.

According to the Turkish press, Hande Erçel, who continues to shoot in the series Love is in the air, decided to move out of the house that she rented with her former boyfriend Murat Dalkılıç. The actress bought a two-story villa for 10 million Turkish lira, which she decided to completely renovate. There is a confidentiality clause in the agreement with the architectural company that was engaged in the reconstruction of the house. According to it, the architecture company will not be able to share the location or decor of the actress’s house anywhere or refer to it in its portfolio.

While the house is undergoing renovations and Hande has to control the process of renovating the new home at the same time as the intense filming of the TV show. But it’s worth it.