Paper Lives is the most popular Turkish film in the world 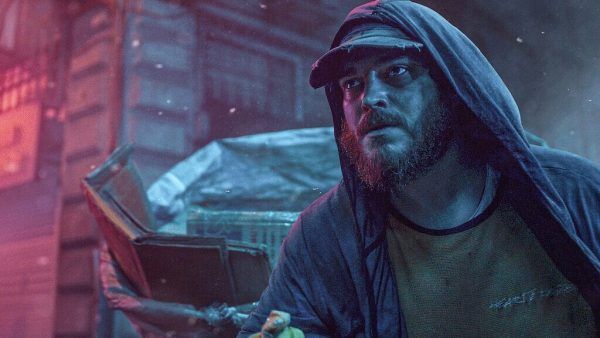 The film Paper Lives / Kagittan Hayatlar starring Çağatay Ulusoy two weeks  after its release on Netflix became the most popular Turkish film in the world, much to the surprise of the platform’s management, who did not expect such a phenomenal result.

Turkish TV series continue to conquer the world, but this is not the case with Turkish films that do not receive much attention outside Turkey. The only exception was the movie Miracle in Cell No. 7, which, thanks to the Netflix digital platform, was watched by millions of viewers around the world.

However, the subsequent films that were released on Netflix over the past few months (One ticket for tomorrow, Leyla Everlasting, Azizler) proved to be a failure and the platform’s PR managers decided to bet on the series. Not surprisingly, the new film, produced by OGM Pictures and commissioned by Netflix, Paper Lives, starring Çağatay Ulusoy was promoted rather modestly and only in Turkey. Netflix’s foreign social account managers did not consider it necessary to post a promo for the film, and did not even put it on the March premiere list.

On March 12, the film debuted simultaneously around the world on the platform, producing a major breakthrough in Turkey, where the discussion of both the film and its main star Çağatay Ulusoy on social media networks continued for several days and has not yet subsided. Turkish viewers were delighted and Netflix’s managers probably considered the task accomplished: the film was intended primarily for Turkish audiences.

What was the surprise of experts when the day after the premiere, Paper Lives entered the top of the most popular Netflix films in the world, debuting at number three. On the second day, the film gained 42% visibility and ranked 2nd, reaching the top in 61 countries. The film was among the leaders throughout Latin America, Europe, the Middle East, and Southeast Asia. It should be recalled that 204 million households are currently subscribed to Netflix, with an average of 3-4 spectators per subscription.

The Turkish film held its second position globally for a week, behind only the Hollywood blockbuster Yes Day starring Jennifer Garner. By the way, according to official information, Yes Day has watched by 53 million households in a week. Netflix has not yet announced data on Paper Lives, but given the fact that the movie has not yielded much to the leader (Yes Day was in the top in 81 countries), the results will be quite impressive.

With the release of new hits on the platform, Paper Lives gradually lost ground, but the film remains in the top five most popular Netflix films in the world for two weeks. According to the English analytical agency Ampere Analysis the movie is the only non-English-speaking project of the platform that was in the top of Netflix in March in the world.

The success of the film surprised not only the Netflix PR people, who feverishly began to catch up by publishing posts and promotions of the movie, but also the Turkish press. Journalists reported a “huge blow” from Çağatay Ulusoy, who left behind all the Turkish TV shows, some especially impressionable even predict that the actor may receive an Oscar for this work.

Following Turkish journalists, reviews of the film were also published abroad. Given the huge interest in the movie around the world, their geography turned out to be just as varied. Reviews of the film appear in magazines from Indonesia to Brazil. The largest publication in France, Le Parisien, believes that the success of the film is a consequence of its deepest humanism. This is the story that struck the light in the tunnel of the American platform. And it found its audience. The largest American show business magazine Vulture calls the film one of the best studies of human nature. The Mexico and Latin America edition of Vogue believes this is a film that cannot be missed. And Çağatay Ulusoy is one of those actors you simply must know.

As for the star of the movie, the world press is unanimous: despite the shortcomings that are still present in the film, it is this actor who raises it to a completely new level. So, according to critics of the respected English site UK Film Review Çağatay’s acting makes them experience the strongest emotions which very rarely happens to professionals.

The success of the Turkish film seems to have come as a surprise not only to the audience, but also to the filmmakers. Netflix rarely publishes the results of its projects. We can only hope that an exception will be made for the Paper Lives. After all, the movie, its director Can Ulkay, the leading actor and the creative producer of the film Çağatay Ulusoy deserve it.