Çağatay Ulusoy to become a director? 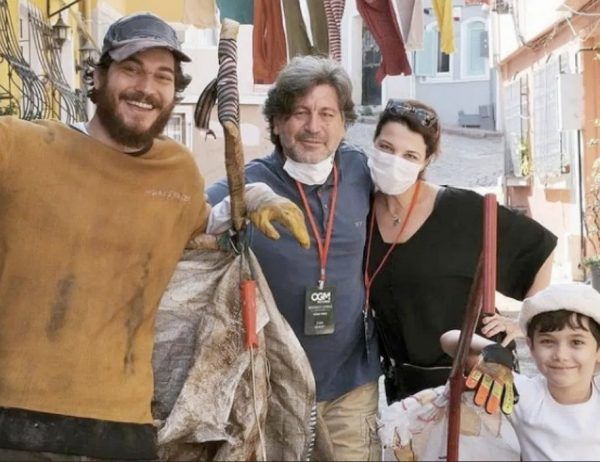 Çağatay Ulusoy and Can Ulkay

As the director of the film Paper Lives / Kağıttan Hayatlar, Can Ulkay, said in his last interview with Cinedergi, it was very interesting for him to work with Çağatay Ulusoy. He has long followed the work of the actor and knows his love for cinema. He has a lot of interest in what is happening in front of the camera and behind it. He learns something new every day. Mr. Ulkai is confident that very soon the actor will start making his own films. Yes, in fact, Çağatay has already started with short films that have participated in various competitions. When he plays, he always thinks about the camera. Actually, he thinks about everything.

According to the director, international digital platforms give creative people great chances to express themselves. Çağatay pushes its boundaries, moves further in the acting, develops acting skills in different styles. This process is likely to continue. It was very valuable for him to work with such an actor.