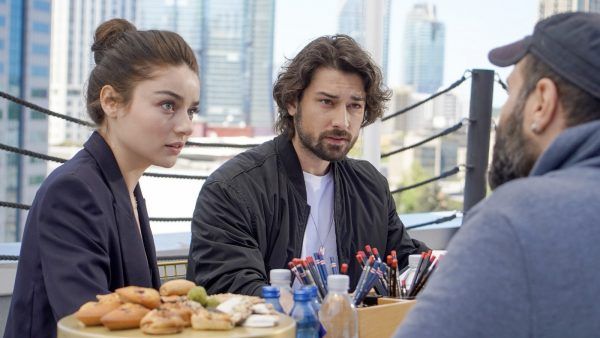 The series Call my agent continues to serve as a platform for advertising new projects of Ay Yapim. In the next episode, viewers will see Ayça Ayşin Turan and Alp Navruz, who will present their new TV show Island Tale / Ada Masalı.

Ay Yapim TV company is currently in a very precarious position. All projects of producer Kerem Çatay, except the series The Pit / Çukur, turned out to be a failure. However, Çukur will make a finale at the end of this television season. The management desperately needs a hit and preferably more than one.

Although the company is already working on several new series for the main fall season, Kerem Çatay took the risk of releasing a summer project for the first time in Ay Yapim’s history. It won’t be a summer romantic comedy, but rather a family show that kicks off in the summer with an eye to continuing into the main season.

The series Island Tale / Ada Masalı features young but well-known actors Ayça Ayşin Turan and Alp Navruz. Last week there was a reading of the project script, and this Sunday the audience will see two stars in the series Call my agent that is also filming by Ay Yapim. They will play as themselves.

Thus, Ay Yapim will present his future TV show to Turkish viewers. Let’s hope that the project will live up to its expectations.