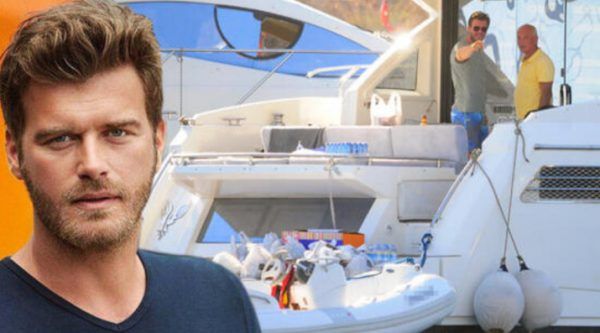 According to journalist Ufuk Ozcan, Kıvanç Tatlıtuğ, who sold his yacht Absolute for 3.5 million Turkish lira, has already found a new watercraft. The actor, who prefers to spend the summer months at sea, engaged in spearfishing and fishing with his wife Basak Dizer and friends, considered the 15-meter yacht not spacious enough. Initially, he was looking for a new yacht in the United States, but due to the rising dollar exchange rate and delivery problems, he nevertheless turned to local manufacturers who made him a custom yacht. For the new “toy” Kıvanç paid 4 million 500 thousand Turkish lira. The actor is looking forward to trying out the new yacht. In the meantime, he “floats” in a submarine in the new Netflix series, which is still being filmed.