Akın Akınözü on the cover of the American magazine Hola 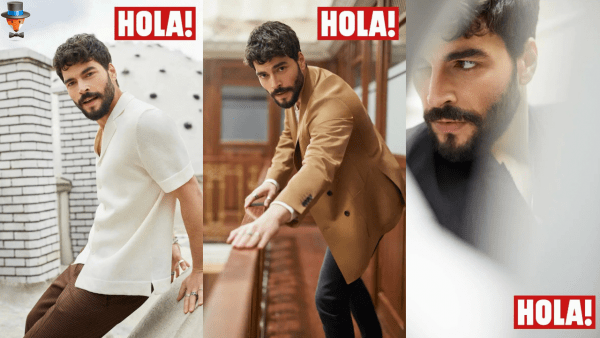 The young Turkish actor Akın Akınözü became famous in Turkey after the start of the broadcast of the series Hercai. Now his show is successfully conquering the world. It seems that audiences in the United States will not be indifferent to the charisma of a young Turkish star either.

The largest Hispanic American TV channels Univision and Telemundo are fighting for the audience. Univision TV channel this spring presented its viewers with the series Ambassador’s Daughter starring Neslihan Atagül and Engin Akyürek, Telemundo will strike back on June 22 by airing the Hercai series starring Akın Akınözü and Ebru Şahin.

Following in the footsteps of its competitors, who actively advertised the series Ambassador’s Daughter and ordered an interview with the leading actress Neslihan Atagül in the prestigious Hola publication, Telemundo TV channel, in turn, ordered the magazine an interview with Akın Akınözü. Thus, the star of the series Hercai became the first Turkish actor to appear on the cover of a Spanish-language magazine published in the USA (Neslihan was the first actress).

The journalists of the publication are sure that the Turkish star will be able to win the hearts of Hispanic Americans. We can only follow the ratings of the series Hercai and hope that American viewers will like it as much as the audience of Turkey, Spain, Latin America and other countries in which it was broadcast.