Alp Navruz: “I am not a womanizer” 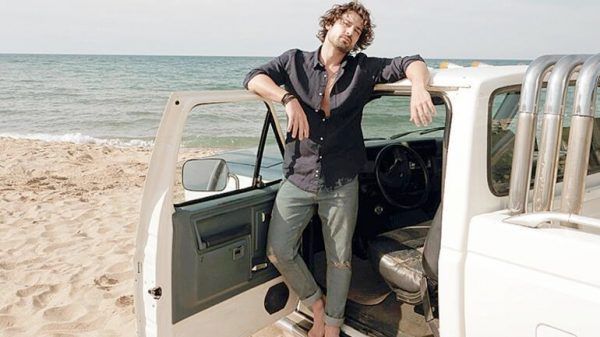 Alp Navruz in his last interview with journalist Hakan Gece admitted that he is a very reserved person. Reading takes 50% of his time, he loves to live in the fantasy world that books give him. He does not like unreasonable risk, high adrenaline is not for him at all. At the same time, he is open to fans and is happy when he can please people with joint photos. He is only afraid of the extreme reactions that fans sometimes have.

He perceives the series as a kind of showcase, in which the most seductive samples are exhibited. And going into the store you can see more interesting things. Therefore, the supporting roles are just as important as the leading ones that are on the window.

Alp also admitted that he is ready for physical changes if the role requires it. He can lose weight, get fat, change his appearance, without focusing on external attractiveness. He’s not a womanizer. Of course, if he wanted to jump from relationship to relationship, then he has such an opportunity, but he is not very interested. Alp is not a romantic, but he loves to observe a person and to know what the girl who is dear to him likes, to make her happy, to put her in the center of his life. But now he is alone.

As for the industry in which he works, Alp sees its shortcomings very well. The digital business is growing rapidly, the television business is lagging behind, and cinemas are generally closed. Technically, there is progress, but stories are repeating themselves, both on platforms and on TV. You often watch the series and catch yourself thinking that you have already seen it, only the faces were different. He is determined to find the original story. He doesn’t like adaptations very much. It would be nice to adapt black and white old films, but they make remakes of foreign TV series that were released a couple of months ago. And more and more. The only way out is to train talented screenwriters.