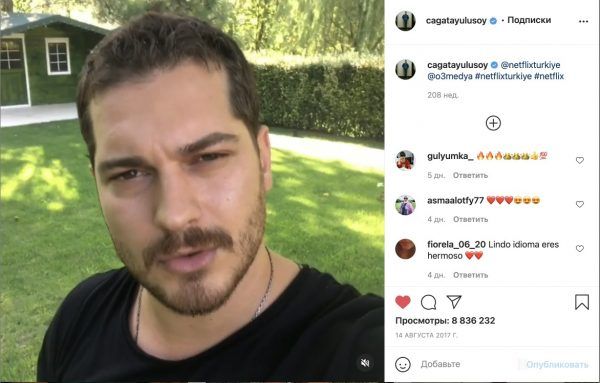 On August 14, 2017, Çağatay Ulusoy announced that he had signed a contract to work with the digital platform Netflix, making him forever in Turkish show business history as the first actor to star in the first Turkish series of the international digital platform. His project The Protector became popular worldwide. To date, the video has been viewed by 8.8 million Instagram users.