Why are Can Yaman and Kerem Bürsin popular in Italy? 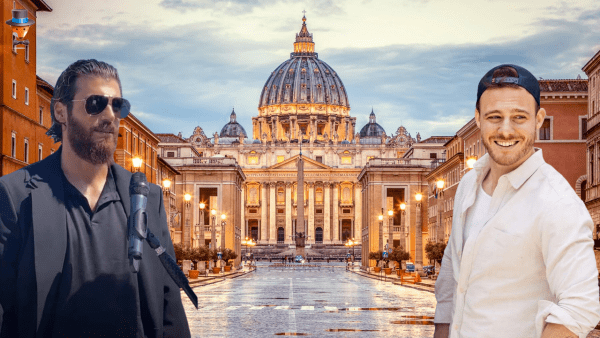 Can Yaman and Kerem Bürsin

The Turkish press reports on the new successes of the Turkish stars in Italy, trying to explain interest of Italian viewers in Turkish TV shows. Serkan Çayoğlu, Can Yaman, Kerem Bürsin, Kıvanç Tatlıtuğ have won the hearts of the spectators. What is the reason of this success?

The journalist of the publication Hurriyet Orkun Un explained the popularity of Turkish stars in Italy quite simply. Italian television is in an acute crisis for series about love and romantic comedies. Whatever they do, these genres elude the Italians. Therefore, the niche was occupied by Turkish TV shows. Italians do not need Turkish mafiosi and psychological series, all they want is love, a lot of love. So it’s completely normal that Can Yaman and Kerem Bürsin have a fan base there. Turkish production fill the gap that exists in the Italian show business.

Last week, Kerem Bürsin visited Italy and participated in the Verissimo show. Serkan Çayoğlu, Ozge Gurel, Can Yaman and Demet Ozdemir have also previously appeared on this program. The audience received the new Turkish star very warmly. Some Italian media even wrote that Kerem had replaced Can Yaman.

However, this is a clear exaggeration. Kerem came to Italy only for an interview and return to Turkey, where a new job awaits him. According to preliminary information, he will become the star of the series of the digital platform Disney, which enters the Turkish market.

Can Yaman, however, settled in Italy seriously and for a long time, hoping to pursue his acting career. Recall that the actor is currently filming the Italian TV series “Violet Like the Sea”. Next year he will be working on the high-budget series Sandokan. Italian viewers are looking forward to seeing more Turkish stars in the TV series about love, which are regularly supplied by the Turks.