How Turkish dramas took over the Latin American market 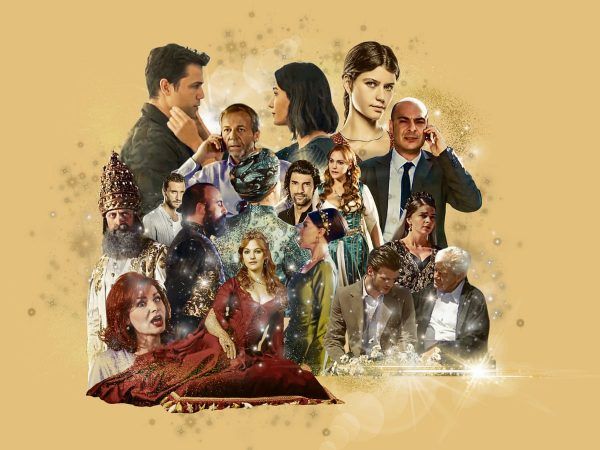 For several years now, the Spanish-speaking viewer has been enthusiastically watching Turkish TV shows, which often lead the ratings in Latin America. But how did it all start, and does Turkish TV production have a future in the Latin American market?

According to the journalist of the publication Hurriyet Sina Kologlu, the expansion of Turkish series into the Latin American market began thanks to the content manager of the Chilean company Megamedia, which is the most important private television network in Chile, Juan Ignacio Vicente. He is now the director of Chilevision, a subsidiary of the international conglomerate Viacom CBS and one of the most important figures in the Latin American markets.

Ten years ago, he came to the media content exhibition in Cannes, where thousands of stands were displayed. And he happened to be near a small stand, and there was a small table and three brochures. Ignacio was attracted by the promotion of “1001 Nights”. However, there was no plot, no synopsis, nothing. There was only the first episode with an English translation.

Returning to Chile, Vicente received four more episodes of the project, but without translation. That is, he did not understand at all what it was about, he looked only at the quality of the shots and the performance of the actors. And he realized that he should buy this show. But there were no professional Turkish translators in Chile. He went to the dicey neighborhood of ​​Santiago, where, in addition to nightclubs, there was a small kebab shop. The Turkish kebab maker agreed to translate the show into Spanish.

The first episode of 1001 Nights aired on Mega TV with a rating of 4.9%, and then the rating exploded. It jumped to 27% and the series became the biggest event in Chilean television life. Then Fatmagul came. After that, the series that attracted a youth (Tide) and male (Insider) audience appeared. Chile’s experience has triggered an explosive expansion of Turkish television products in the Latin American market.

Today, Turkish series are broadcast not only on television channels in Latin America, but also take over digital platforms. HBO Max is especially active in this regard. The platform has already purchased 10 Turkish TV series, including Woman, Endless Love, Unfaithful, Love is in the air and others. The most successful to date is the series The Miracluous Doctor. It seems that during the digital revolution, Turkish TV series retain their position in the Latin American market.