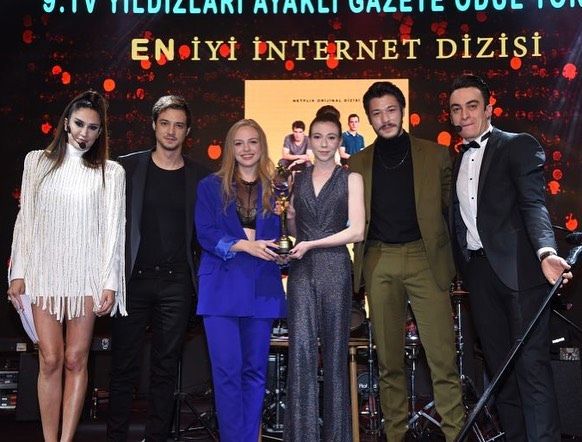 Turkish awards have never been known for their objectivity. However, the jury of the Ayakli Gazete Award clearly surpassed their colleagues, contributing to dishonor even where bias and partiality are considered the norm.

Cem Yigit Uzümoglu, Çağatay Ulusoy, Engin Gunaydin, Kenan İmirzalıoğlu, Salih Bademci, Mehmet Günsür and Kubilay Aka were nominated as the best actors of the digital series by Ayakli Gazete. The jury considered that the most successful this season were Kubilay Aka and … Mert Yazıcıoğlu, who was not even in the nomination list! It is curious that this publication conducted the online voting, where viewers chose the winners. Who, where and how could vote for Mert, who received the award, is not clear. Truly an award that would be more appropriately called “thank you for coming.”

Also, according to Ayakli Gazete, the best director of this year was the owner of a fashionable restaurant, who recently decided to take up directing Umut Evirgen. Recall that this year two films of this young genius were released on Netflix and both failed, not reaching the top even in Turkey.  Turkish audiences are wondering who will respect the award, which gives out awards to the right and left in such a strange way.