TV series Alparslan: The Great Seljuks against violence against women 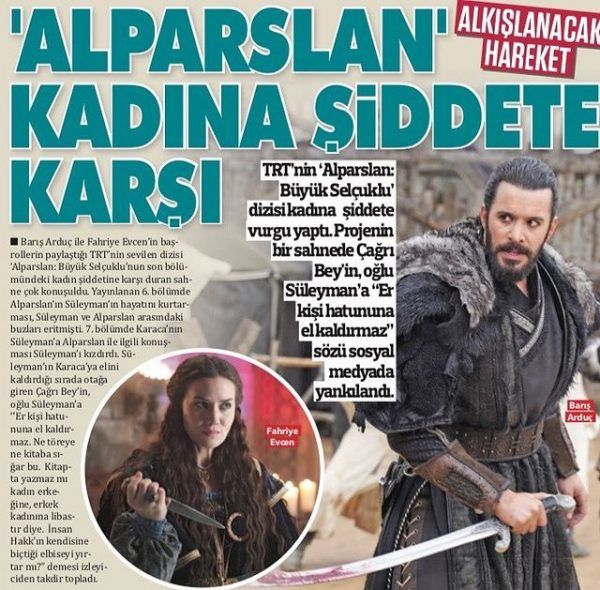 The attitude towards violence against women, which was demonstrated in the TV series Alparslan: The Great Seljuks, received the approval of Turkish viewers. At the moment when one of the characters tried to beat his wife, his father explained to his son that a real man would never raise a hand against a woman. This is not allowed either in traditions or in the Holy Quran. Doesn’t the Book say that a woman wears clothes for her man and a man wears clothes for his woman. Does a person tear apart the clothes that Allah has created for him?