The most watched Turkish Netflix TV series in 2021 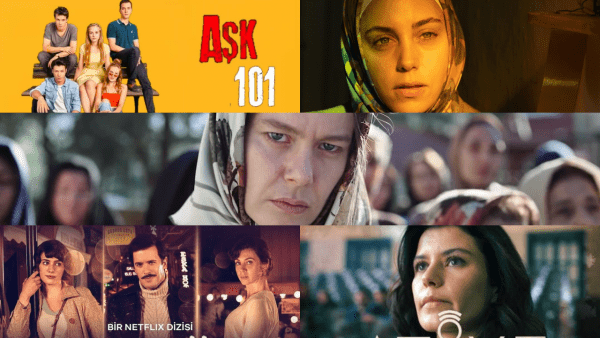 2021 has disappointed subscribers of the digital platform Netflix who are fans of Turkish TV series. The results for the year for the Turkish series production were more than modest. What went wrong?

Despite the very promising start in Turkey and the worldwide success of the first series The Protector, all subsequent series produced by Netflix in Turkey were much less in demand among the subscribers of the platform. Moreover, in 2021, domestic TV series lost the primacy even in the tops of Turkey to TV shows from other countries.

According to the monitoring site Flix Patrol, American, Korean, Spanish, and French series dominated Turkish Netflix in 2021. The most successful Turkish series of the platform was the 2nd season of Love 101, which finished 9th. The last season of the TV series The Gift was in 10th position. The TV series The Club ranked 11th. The series 50M2, recognized as a failure, took 15th position. TV series Fatma was on the 20th position. The old series Behzat C. ranked 22nd. The series Ethos, favored by all possible awards in Turkey, ended up in 78th place. The 84th position was occupied by the old episodes of the series Leyla and Mecnun.

Let’s note that in the Netflix world’s top,  the situation looks different. The series Fatma was relatively modest in Turkey, however, the world viewers received the series well and at the end of the year it reached number 148 on Netflix’s most-viewed streaming series in 2021. The non-original Turkish series The Resurrection Ertugrul ranked 112th in the world.

The New Year will give the subscribers of the platform a lot of new Turkish shows, which will be released literally every month. It remains to be hoped that it will become a turning point for the Turkish show business, and new projects will win the hearts of Turkish and world audiences. Moreover, two powerful competitors are on the way – at the end of the year, digital platforms Disney Plus and HBO Max will start operating in Turkey.