Gala premiere of the Netflix series ‘Midnight at the Pera Palace’ 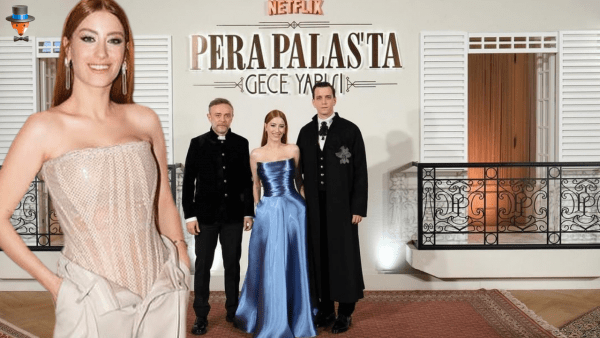 On Thursday, March 3, Netflix presented its subscribers with a new Turkish series “Midnight at the Pera Palace”. The day before, the actors of the project attended a gala premiere, which took place in the very hotel where the events of the series take place.

The Netflix digital platform continues to present Turkish TV series to its subscribers in the hope of repeating the success of the first project The Protector. So far, the subsequent shows of Turkish producers have not attracted much international attention, however, it is quite possible that the new joint project of Karga 7 Pictures and Netflix “Midnight at the Pera Palace” will break the setback.

On Wednesday, March 2, the platform pompously presented to press its new series, which was filmed at the famous Pera Palace Hotel. Not surprisingly, the gala premiere of the project, which was attended by its stars Hazal Kaya, Tansu Biçer, Selahattin Paşalı, Yasemin Szawlowski, Engin Hepileri, and others, was also held in this famous hotel.

The show narrated the story of a journalist who accidentally fell into 1919. A free adaptation of Charles King’s novel, it tells about time travel, about a conspiracy against the founder of the Republic of Turkey, Mustafa Kemal Atatürk, about mysterious personalities that the journalist Esra will have to face in the past. Whether the series will be successful or not, we will find out next week when Netflix announces the first results of the show.