Was Çağatay Ulusoy upset because of Alina Boz? 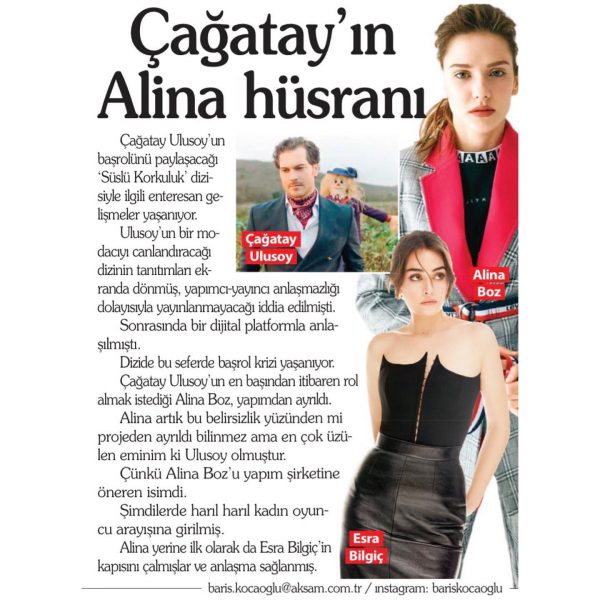 Was Çağatay Ulusoy upset because of Alina Boz?

The tabloid Aksam informs its readers that Çağatay Ulusoy was upset that Alina Boz would not be able to star in the TV series Fancy Scarecrow / Süslü Korkuluk, because it was he who offered the actress for the leading role. Instead of Alina, the main role will be played by Esra Bilgiç.

Note that Çağatay, of course, proposed the candidature of Alina, but the fantasies of journalists that he almost fell into depression because his co-star changed, look pretty ridiculous. Journalists still take advantage of the fact that the actor is silent and never comments on his work and write whatever comes into their head.