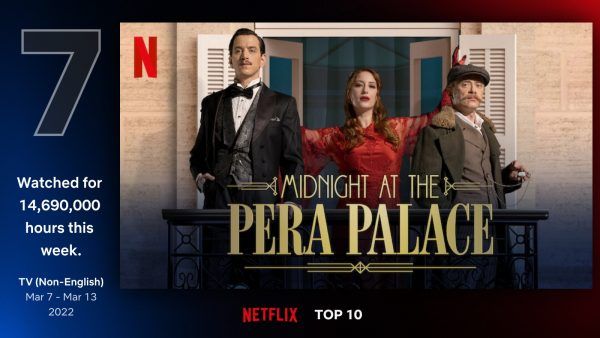 The series “Midnight at the Pera Palace” in the second week after the release had 14,690,000 hours viewed and, according to the results of the past week, ranked 7th among non-English-language TV shows of the platform and 16th among all Netflix TV shows, both English-language and non-English-language worldwide. The series predictably was on 1st position in Turkey. For the first time since the publication of official ratings, a Turkish series has not dropped out of the list, but on the contrary, it has added viewers and climbed in the ratings, and this can safely be called an excellent result. In total, the series had 25,470,000 hours viewed.