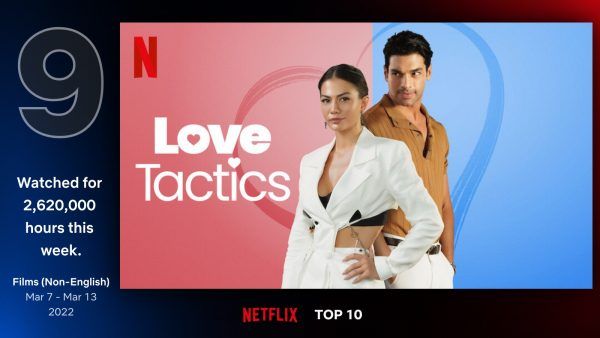 Excellent results of the movie Love Tactics on Netflix over the past week. The film stayed in the top 10 most watched non-English films on Netflix in 9th position with 2,620,000 hours viewed. In just four and a half weeks, the movie has 37,720,000 hours viewed (27 million 333 thousand viewers and 5,354 points in the top). Next week it will leave the top, but the result can be considered exceptional. Not surprisingly, Netflix has already given the go-ahead for a sequel to the Turkish romantic comedy.