There’s no room in The Pera Palace Hotel! 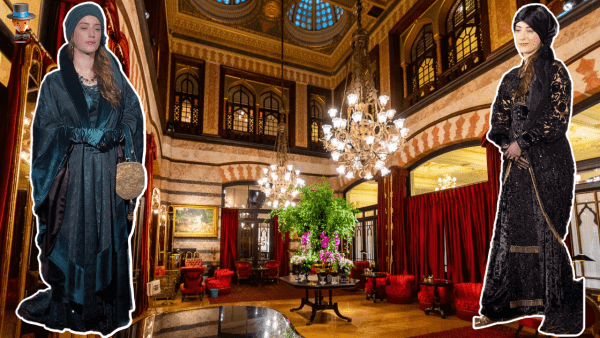 The series “Midnight at the Pera Palace / Pera Palas’ta Gece Yarısı” continues to hold the 1st place in the Netflix top in Turkey and shows stable results around the world. This brought rather unexpected consequences, which greatly pleased the management of the hotel in which the shooting took place.

In its 130-year history, the Pera Palace Hotel has witnessed many important historical periods and, thanks to the Netflix series, has once again become the center of attention. According to the hotel management, from March 3rd, in addition to the usual clientele, they began to receive a huge number of new visitors who discovered this historical place.

Pera Palace Hotel owner Demet Sabanci Cetindogan told Milliyet that bookings and visitors have increased 10-fold. There is a huge influx of visitors to the Atatürk Hall Museum, it is visited by more than 400 visitors a day. They even have to arrange special tours for guests who want to get to know the hotel, and for these tours they have to queue up. However, keep in mind that now you will have to pay twice as much for a room in Pera Palace than a month ago, prices have increased, which is not surprising.

It is clear that the series has had a great impact on the development of tourism in Turkey. Already in April, the film crew will begin filming the second season of the popular series.