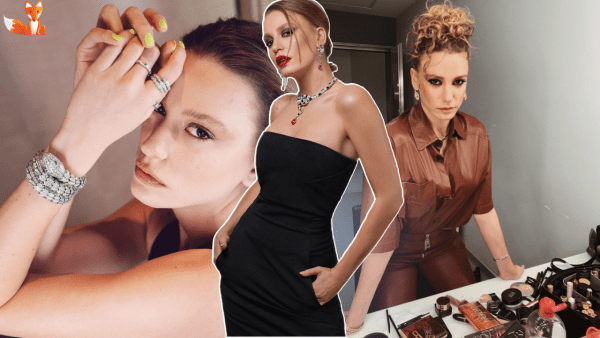 Great news for fans of Serenay Sarıkaya! After a long break, the star returns to Turkish screens with a new TV show. What do we know about the project right now?

For almost seven years, Serenay Sarıkaya did not appear on Turkish screens. The actress took a long break from work due to the pandemic, when the performances of the musical “Alice in Wonderland” at the Zorlu Mall were stopped. After the normalization of the situation in Turkey, she returned to the stage, and also starred in the Netflix series “Şahmeran”, which is to be released in the fall.

Currently, almost all of Turkey’s leading actors are making deals with digital platforms, but as it turned out, Serenay will return to the screens with a new television series, which should start in September. So far, nothing is known about the project, except that the rumors about working with Kıvanç Tatlıtuğ are not true. Serenay will not star in the series “If the King Loses”.

For the actress, the new project will be decisive in her career. She already missed one opportunity. For a long time, it was Serenay who was the star of the film “Bergen”. However, alas, at the last minute, the actress was replaced and Farah Zeynep Abdullah got the lead role. After the film became one of Turkey’s biggest hits, the press wondered: what happened? Why didn’t Serenay star in this movie?

Fans of Serenay Sarıkaya can only hope that her plans will not change again and in the fall they will still see their favorite star on the screens.