Disney Plus pays millions of dollars to Turkish stars 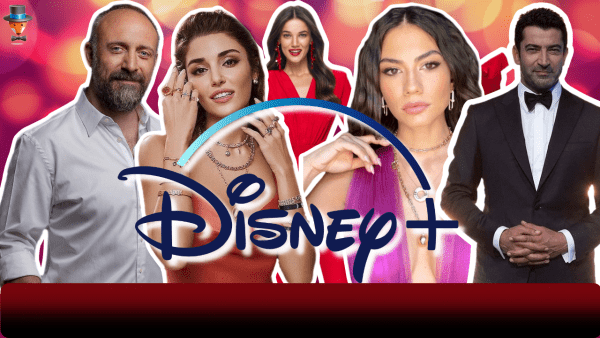 Digital platforms are preparing a devastating blow to Turkish television by offering incredible sums to their stars. How much do Turkish stars who signed a contract with Disney Plus get paid? You will be shocked by the announced amounts!

Over the past months, the Turkish media has been flooded with news about the entry of a powerful new player into the Turkish TV series market, digital platform Disney Plus, which has already secured a deal with 15 stars and continues to win impressive contracts. In addition to Turkish screen stars and well-known directors, including Zeynep Günay Tan and the Taylan brothers, the platform also signed contracts with the 10 most famous Turkish influencers.

Given the huge popularity of Turkish actors in the world (especially in the Middle East and Latin America), Disney is developing a production of series and films that can be easily compared to Hollywood counterparts. Including the salary of the stars. According to Aksam editor-in-chief Baris Kocaoglu the platform offers incredible amounts that will make TV channels cry.

Thus, Şahan Gökbakar signed a contract with the platform for 10 million US dollars (140 million TL) for the filming of the sequel to the famous comedy Recep İvedik. Halit Ergenç has the highest salary of those known to the journalist among the actors of the series. He will earn 500 thousand dollars per episode, that is, 7 million TL lira. Hande Erçel and Demet Ozdemir will earn 150 thousand dollars per episode (2 million, 203 thousand TL). However, so far the journalist has no information about the salary of Aras Bulut İynemli, Kenan İmirzalıoğlu, Engin Akyürek, Pinar Deniz, Yılmaz Erdoğan and many others. He is confident that the amounts there would be even greater.

Recall that the salary of superstars on television ranges from 100 to 400 thousand Turkish lira per episode, which cannot be compared with the amounts offered by Disney. And given that it will face competition from Netflix and HBO in the market, TV channels are almost guaranteed to lose its stars.

But it’s not just buying stars. Disney is building a giant film set in Turkey with a $120 million budget. A place for a new film studio has already been found, and construction work has begun. It is assumed that Disney will be able to use these areas not only for shooting Turkish projects, but also for major Hollywood films. This is the fourth shooting plateau in Turkey, where Hollywood films are supposed to be filmed (recall that Netflix is ​​also building its own studio). If the capacity of all studios will be filled (which is quite possible, given that the Turkish government offers huge tax incentives to foreign filmmakers, and this does not include the cost of production, which is much less than American), then almost half of Hollywood productions will be produced annually in Turkey.

The journalist wonders if Disney can compete in the Turkish market with Netflix, which already has 3.5 million subscribers? Yes, this is quite possible, since under the terms of the contract, the stars of the platform cannot star in the series of another platform. In the near future, it will be problematic for Netflix to find stars to shoot in their own TV shows. However, let’s not forget that Netflix has not yet said its last word. In his arsenal are such stars as Çağatay Ulusoy, Kıvanç Tatlıtuğ, Beren Saat, Hazal Kaya, Esra Bilgiç, Erkan Kolçak Köstendil, Taner Olmez and many others.

It is not difficult to predict that a particularly tough fight will unfold for those stars who are still working on television: Haluk Bilginer, Murat Yıldırım, Tolga Sarıtaş, Ezgi Mola, Engin Altan Düzyatan, Ulaş Tuna Astepe and many others. Let’s not forget about the digital platform HBO Max, which is preparing to enter the market with a project that will make rivals gasp in amazement. The real battle of platforms will be this summer.