Halit Ergenç and Hande Erçel to star in Disney Plus series? 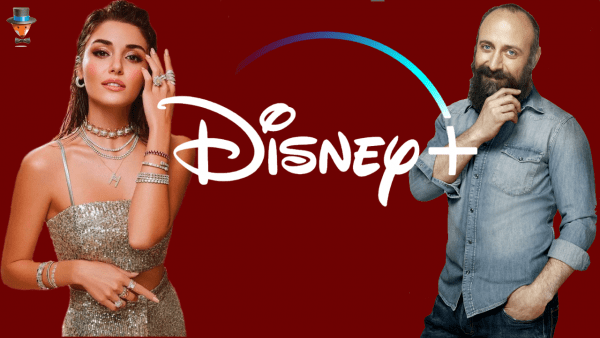 The combination of coronavirus and digital platforms in 2021 almost destroyed the Turkish film distribution. In 2022, Turkish series will undergo very significant changes due to the advent of three new global digital platforms. What awaits us?

2021 can be safely called a turning point for the Turkish film industry. The impact of digital platforms on the production of TV series and films has become quite obvious and presented some very unpleasant surprises for film distribution and producers. Cinema attendance has collapsed tenfold. Television is also going through hard times, rapidly losing educated and wealthy audience. However, the average viewer is also turning his attention to digital platforms.

And this is just the beginning, because there is only one major digital platform on the market so far – Netflix. Disney Plus, Amazon and HBO will enter the digital market in Turkey in 2022. All three platforms are actively recruiting staff, and most importantly – stars, planning to begin production of Turkish series in the near future.

The Disney Plus platform, which does not yet have its own office in Turkey, is particularly active and negotiates through FOX management. The first Turkish series of the platform Escape / Kaçış starring Engin Akyürek and İrem Helvacıoğlu is being filmed right now in Gaziantep. According to the well-known journalist Birsen Altuntas, the platform’s management is on the verge of signing a contract with the famous Turkish comedian Şahan Gökbakar. They also want stars like Halit Ergenç and Hande Erçel. Negotiations with them are ongoing. We will remind that earlier there was also information that Disney Plus is negotiating with Kerem Bürsin.

According to the journalist, in the near future it will be difficult to find big stars on television, everyone will work on the platforms. It is not hard to imagine that we will see a lot of young faces on TV screens from the second half of 2022. The main question is whether Turkish TV channels will be able to withstand tough competition?