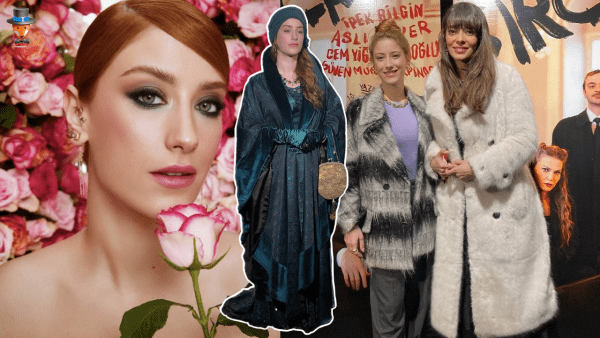 Despite criticism in some Turkish media, the series “Midnight at the Pera Palace” has been warmly received by both Turkish and international audiences. What did the leading lady Hazal Kaya say about the success of the project?

Hazal Kaya and Selin Şekerci came together to the premiere of the play “Glass / Sırça”. Hazal was asked about the great success of the series “Midnight at the Pera Palace”, which continues to lead the top Netflix in Turkey for the third week and enjoys worldwide success. The actress said she was very happy.

When asked whether there would be a second season, Hazal diplomatically left the answer (only Netflix can give this information), but she was very happy with the influx of tourists to the Pera Palace Hotel. According to her, of course, they expected that the hotel would attract attention after the release of the series, but they did not expect such a reaction. The actress hinted that Turkish journalists could give this information, and not just look for another scandal.

Selin added to her friend, admitting that she really liked the series and Hazal’s acting in it too. Recall that the shooting of the second season of the series “Midnight at the Pera Palace” will begin next month.