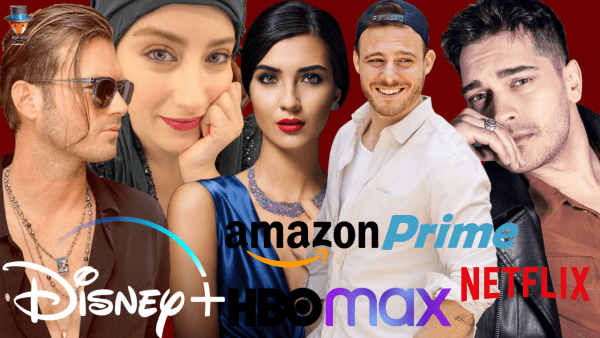 Following the tabloids, whose information is usually treated with caution, more serious journalists are beginning to confirm the absolutely insane salaries of Turkish stars on digital platforms.

Thus, the well-known (and respected) journalist Sina Kologlu said that digital platforms do enter into exclusive contracts with actors (that is, we will not see them on television in the near future). Disney Plus has concluded such an agreement with, for example, Halit Ergenç, Hande Erçel, Şahan Gökbakar, and others. He heard about the contract with Mahsun Kırmızıgül, which concluded HBO Max.

But if you think that Netflix is ​​lagging behind, then you are deeply mistaken. He recently spoke with the chief director of one of the country’s main television channels, and he complained that paying the money that the stars want is simply not realistic. Finding the stars for TV shows is getting harder and harder. He heard that the cost of one episode of the series The Club is $650 thousand. But for platforms, this is generally a trifle, given that in the US the same TV show costs at least a million dollars per episode.

Not a single domestic producer can give such money. And the fact that the lira is constantly getting cheaper attracts more and more foreign digital platforms. Each series of Netflix, HBO Max, Disney Plus can now claim the title of the most expensive TV show in the history of Turkish television. They are now fighting among themselves, and television production is on the sidelines.