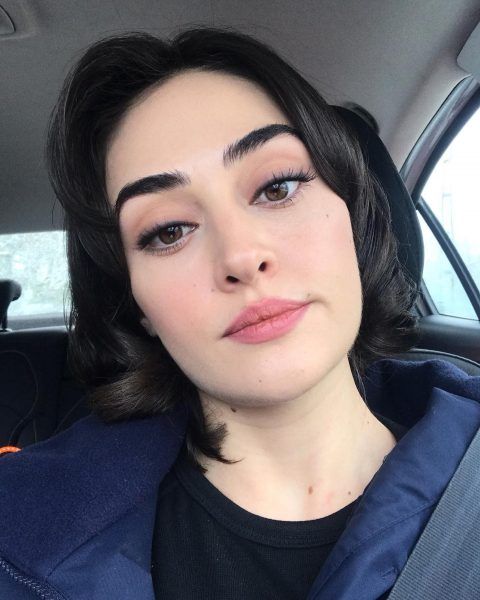 The operation to clean up the reputation of Esra Bilgiç, who has been hit hard by the Süslü Korkuluk controversy, has begun. And ahead of all, of course, Birsen Altuntas, who published an article under the big headline: “Esra Bilgiç chose honor over money.” We already thought that someone had encroached on the honor of the actress, harassing her, but everything turned out to be a little different.

The journalist, who received information from Esra’s manager, blames producer Onur Guvenatam for what happened. She claims that, although, the actress participated in the rehearsals of the series and got along well with director Cem Karci. However, the producer often changed the terms of the contract and eventually decided that the series would have three seasons instead of two. Onur Güvenatam allegedly offered the actress a payment three times more than previously agreed, but on the condition that she would not act in other series in 2023. The actress, in response, stated that she was not satisfied with the attitude of the producer and that money was not important to her, but her honor was important. She can’t sign a contract if she doesn’t know the script and the character. After that, Esra refused to work in the project.

Esra Bilgiç released a statement on her Instagram page, stating: “I am not required to agree to every offer and sign contracts whose terms do not suit me. I left a project for which I did not sign a contract, that is, I was not officially cast, because I did not find the terms of the contract suitable. As a law student, I also attach great importance to every contract that I sign. I hope that this decision will inspire all my colleagues and older generation actors that I respect.”

We have a few questions for Esra Bilgiç and Birsen Altuntas:
– Why did Esra talk about a project she hasn’t signed yet in an interview with Elele magazine? If she didn’t know the script and the character, then what did she talk about in the interview?
– Why did journalist Birsen Altuntas announce that the production company and Esra Bilgic shook hands by signing an agreement?
– In what kind of magical world does Esra Bilgiç live, where the scripts of Turkish series, especially on television, are written in advance and the characters do not change during the filming as the scriptwriters want? Did Esra Bilgiç star in the series Ramo, which completely changed the story and characters in the second season? Why was she satisfied with the script and the character in this case, and did she not terminate the contract after the end of the first season, which she was entitled to?
– Is the statement that the script is not ready yet true, given that all Netflix series start filming with a script ready?
– Finally, why does the journalist Birsen Altuntas talk about the honor of Esra? Who encroached on her honor, when, and since when is a change in the contract regarded as an attempt on someone’s honor? Does this mean that the actress who signs after Esra will choose money over “honor”?