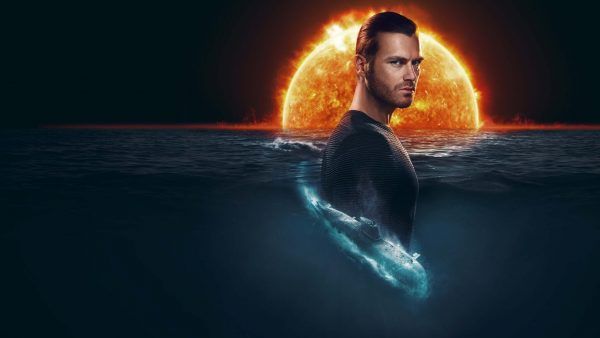 The series Yakamoz S-245, starring Kıvanç Tatlıtuğ, has been heavily criticized on social media, by critics and among the military. The creators of the project are accused of humiliating the elite of the Turkish army – Turkish naval officers. Moreover, the accusations come from the lips of the highest military command, in particular, Admiral Cem Gurdeniz.

Note that the accusations are not so unfair. The military in the series look like a gang of neurotics who are ready to steal money from the bank, kill civilians, try to throw civilians off the submarine, and at the same time blow up the submarine itself, as they started having mental problems.

The journalist Murat Tolga Sen notes that there were clearly no consultants in the series. There are problems with correctness technically and from the point of view of discipline. Submariners loitering around like depressed high school students are not like real military men, who are the elite of the army. At the same time, the civilians who first got on the boat are calm and unruffled, as if they had swallowed antidepressants. The researcher, who found the body of her deceased lover, is already happily settled on the submarine in an hour and is having small talk.

One more thing is curious: did the government give permission for the filming of the series? According to the law, if the uniform of the Turkish army is used in the show, then you need to obtain official permission from the state authorities. If consent was obtained, how was such a scenario overlooked? If not, why was no action taken after the series trailer was released?

The critic notes that Netflix has released “heavy artillery” that praises the series on social networks for believability, tension, emotional intensity, but there is none of this in the series. If someone says that, they have never seen real science fiction. The script is boring, the plot is formulaic, the dialogue is stupid, the special effects are bad, the acting leaves much to be desired. Tolga Karaçelik once again proved that he is a bad director, despite all the praise he received.

Kıvanç Tatlıtuğ plays as if he is sorry that he signed the contract, but he has to work. However, he tries to be at his best in every scene, but he cannot do it alone, since the actors nearby are clearly not up to par. For some reason, Ertan Saban plays with an accent à la Meryem Uzerli throughout the series. Özge Özpirinci remained at the script reading and never moved on. Meriç Aral once again proves that she is just an actress who is stubbornly pushed forward by “the right people”.

By a strange coincidence, the Turkish series, with Turkish directors and actors, turned out to be the work that defames the name of the Turkish soldier most of all. Will those who work for Netflix in Turkey be proud of it? The critic concludes that if he were in the place of these people, he would now be very embarrassed.