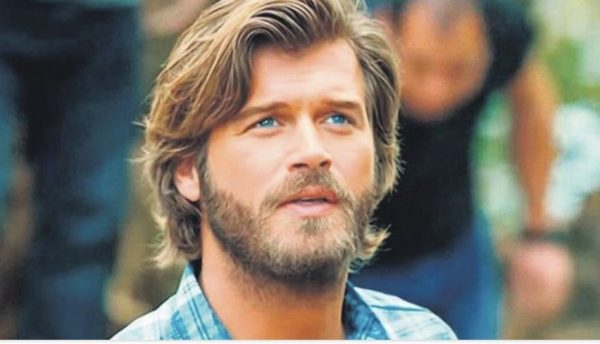 Writer and journalist Serkan Urganсi, the author of the book “The Journey of the Virgin Mary to Ephesus”, says the book has already been scripted. “We offer Kıvanç Tatlıtuğ for the role of John the Apostle,” Urganci said. Negotiations are underway with major Hollywood production companies for a film adaptation of the novel.

In his book “The Journey of the Virgin Mary to Ephesus” Serkan Urganci for the first time describes the journey of the Virgin Mary, together with John the Apostle, from Jerusalem to Ephesus, through Anatolia to the foot of Mount Bulbul. Recall that Jesus Christ entrusted John with his mother. He is also the author of the Book of Revelation. At the end of her journey, the Virgin Mary reaches the house, which is known to the whole world as the House in which She lived in the last years of her life. This story is very important for the world community, both religiously and historically.

After the publication in Turkey, the translation of the book into English was completed in the shortest possible time with a professional team, among which were Americans. Emphasizing that Mary’s Journey to Ephesus is part of a larger project, Urganci said: “We know that the easiest way to explain Turkish values ​​of faith and cultural tourism to the world is through a screen. Although I am credited as the author of the book, a large team is working on this project. Through agencies, we are currently negotiating a film adaptation with major production companies. I hope that soon this story will appear in the form of a series or a film.”

Declaring that they are suggesting well-known actor Kıvanç Tatlıtuğ for the role of John the Apostle, Urgancı said: “I always had Kıvanç Tatlıtuğ in mind for the role of John the Apostle both in the process of writing the book and at the stage of writing the screenplay. Who doesn’t want a successful and beloved Turkish actor took part in a big production that will sound in the world? Among our conditions is also that the main part of the film be filmed in Turkey.”