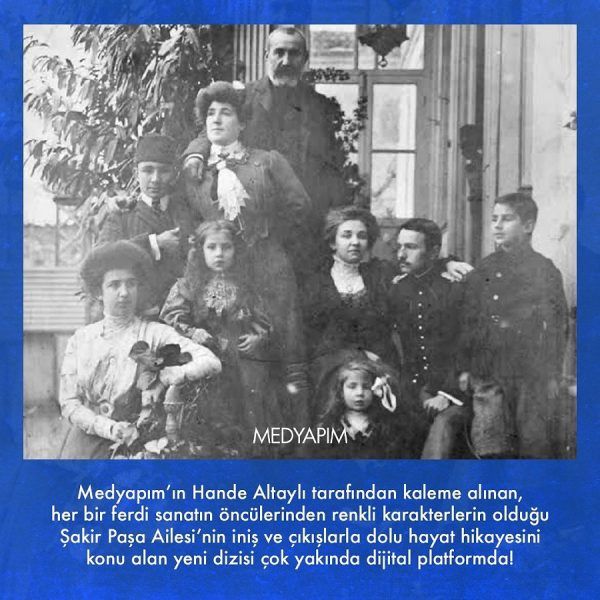 Medyapim has announced the film adaptation of the novel ‘The Family of Shakir Pasha / Şakir Paşa Ailesi’ by writer Şirin Devrim. The novel tells the real story of a family that gave the Turkish people a number of prominent political and public figures and covers the last periods of the Ottoman Empire, the War of Independence and the early years of the Turkish Republic. The show will be released on one of the digital platforms. The script of the series is written by Hande Altayli, known for her previous work on the TV series ‘Woman’.