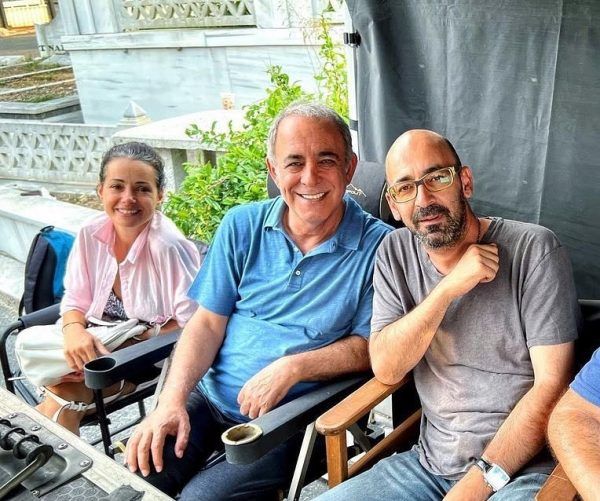 After Özgü Namal appeared on the set of the series ‘I can’t fit into this world / Ben Bu Cihana Sığmazam’, there were rumors that she might join the cast of the show. However, Oktay Kaynarca denied these assumptions, saying that he and Özgü continue to be friends, and she came to the shooting simply as his friend. Recall that Oktay and Özgü were dating for six years and remained on good terms after breaking up. When a young woman’s husband suddenly died of a heart attack, Oktay was very supportive of her and her children.