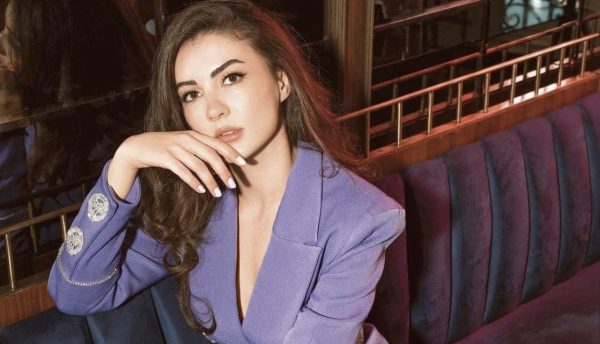 Great news for fans of Burcu Özberk! The actress has already started filming in the new movie, which she personally spoke about in an interview with the Turkish press. However, there are things that upset her.

Burcu Özberk, who was seen the day before in the Kuruçesme, gave a short interview to the Turkish press. As the actress admitted, she had a good vacation this year, the time flew by, but she missed work. Burcu is currently filming “You Will See in Your Dream”, which will be released on the Amazon Prime digital platform, along with Murat Boz, who received praise from his co-star. As Burcu admitted, he is a very nice person, it is pleasant and fun to work with him.

Answering questions about love scenes in digital projects, which have recently been vigorously discussed on social networks, the actress noted that this topic is not worth talking about so much. It would be better to raise the question of why 9 out of 10 characters in the TV shows use weapons. There are too many crime stories on the screens. So far, Burcu prefers to remain silent about her work on television, obviously choosing a suitable scenario.