Scandal at the gala premiere of the series The Protector 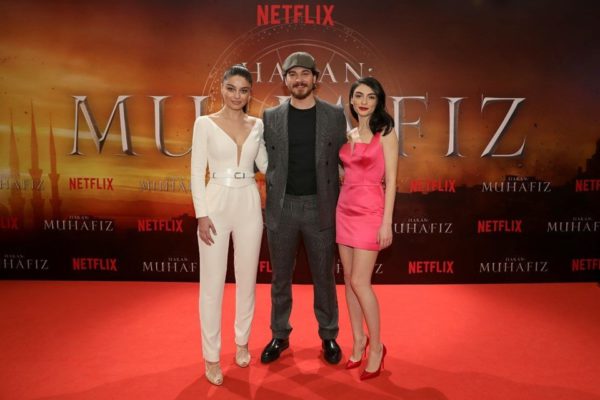 gala premiere of the series The Protector

On April 11 at the gala premiere of the series Hakan: Muhafiz / The Protector an unpleasant incident occurred. As it turned out, the venue of the premiere chosen by the festival organizers was not large enough to accommodate both the press and fans. The festival organizers tried to dissolve journalists and fans, journalists began to resent the inconvenience and providence intervened in the person of the US Consul General in Istanbul, who decided to attend the premiere.

Because of draconian security measures, that were fully justified (we remind you that the Russian ambassador to Turkey died recently as a result of the terrorist attack), journalists got a lot of security and, having accused the festival organizers of mistreating them, left the event. The places that should have been occupied by the press remained empty. Who is to blame in this case: whether the Consul General in Istanbul, or the organizers, or the journalists is not entirely clear.

One thing is obvious: the Zorlu shopping center is too small for such global events as the gala of the first Turkish-American TV series of Netflix. In the narrow corridor the fans, security, foreign and Turkish press simply did not have enough free space. It’s one thing to hold a small festival, that will be attended by a couple of thousand people, who themselves also starred in the films that were announced, and it’s quite another to have a gala premiere of an international hit, that the US Consul General in Turkey expressed his desire to attend. The festival organizers were not ready for such a turn of events. Apparently the next time the Internet platform will have to approach the issue of holding such large-scale events more thoughtfully.