Will Burak Deniz play in the new historical series? 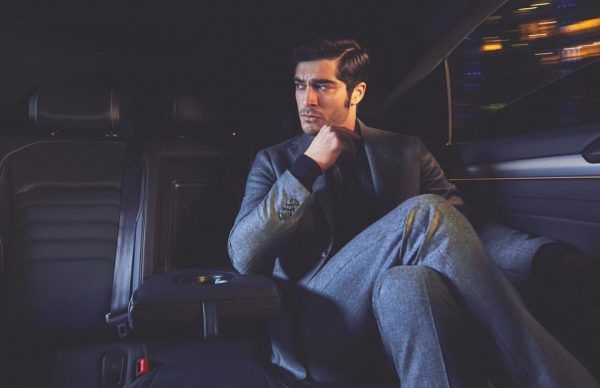 Burak Deniz, who began his career in 2011, went to success slowly, receiving a degree in theater and acting in small roles. The series, in which the young actor worked, were quite noticeable (The Fugitive, Tide, Queen of the Night), so the famous producers would pay attention to him.

The first success for Burak came with a summer romantic comedy Love does not understand the words / Aşk Laftan Anlamaz. It had a very modest number of viewers in Turkey and was closed due to low ratings, however, it enjoyed the love of fans on social networks, was very successful on YouTube and became a hit in Pakistan. After that, the producer of the biggest TV company in Turkish television market Medyapim Fatih Aksoy paid attention to the young actor, offering him a role in the TV series Our Story / Bizim Hikaye, where his partner was the Turkish screen superstar Hazal Kaya. The success of the series meant also the success of Burak, who now has the opportunity to choose scenarios and production companies.

As is known, Our Story / Bizim Hikaye will make the final at the 72nd episode at the end of May, becoming one of the hits of the 2017-2019 seasons. Several producers made already attractive offers to Burak so the next fall the audience will see the actor in the new project. According to renowned journalist Ranini, he liked one script, but it is still too early to say anything concrete.

There are rumors in social networks that Burak will most likely be part of the historical project. In fact, in Turkey, there are not so many companies that engage in the historical genre. Medyapim and Ay Yapim don’t dare to make historical shows and small companies cannot take such a risk, so only a few possible candidates remain these are Tims & B, O3 Medya and Tekden Film.

Producer Mehmet Bozdağ (Tekden Film) has two historical series in production: Resurrection: Osman and Barbarossa. However, after the leading role in the popular hit, Burak is unlikely to go to number two, because the leading role in Osman series will be played by Burak Özçivit. As for Barbarossa, this project is still in preparation and is unlikely to be released this season (Turkish producers do not have enough technical base for the special effects that are required for such a large-scale project with sea battles). If the series is released on screens, it will be most likely a joint production, where the American partners will be able to provide the technical base.

O3 Medya is a very real candidate for the production of a historical project. After all, this company owns the large-scale series Wounded Love / Vatanim Sensin and also the unsuccessful “Mehmet is the conqueror of the world.” It is known that O3 Medya has been preparing the Casino series for several years, that is dedicated to events in the gambling business of Turkey in the 60s of the last century.

Tims & B and its producer Timur Savci, as well as Tekden Film, are the main experts on historical TV shows in Turkey. It was Timur Savci who made the famous Magnificent Century. At the moment, the company is developing the series “These Crazy Turks”.  According to unconfirmed information, Murat Yildirim and Hatice Şendil will be a part of this show. The series will be based on a literary bestseller and it is an ambitious historical project, telling about the formation of the Turkish Republic in the 20s of the last century.

Which of these projects will Burak Deniz choose and whether the rumors about the historical series will be true is not yet known. We can only wait for the end of filming the series “Our Story” / Bizim Hikaye and then we will see the next move of the young star that will be decisive for his career.