Preparations are continuing for the youth television series of Ay Yapim TV company for the Netflix Internet platform. Scenario by Meriç Acemi (Kiralık Aşk and Ufak Tefek Cinayetler). Director: Ahmet Katıksız. It was supposed to begin shooting in May, however, due to flaws in the scenarios, the start of filming was postponed. Feridun Bozdeveci joined the cast of the series Cukur. He will play a character named Suleyman

Berkay Ateş received two awards from the Union of Theater Workers of Turkey: as the best writer of theatrical productions and as the best serial actor

One of the screenwriters of the series Hercai Feraye Sahin has already found a new job after retiring from a successful project. She will write the script for the ATV television series Ali and Sevda / Ali ve Sevda, in which Keremcem and Ozgu Kaya will play the main roles.

The former girlfriend of Sinan Akçıl singer Otilia admitted that she was very happy when she heard that he had found his happiness and married Burcu Kiratli. She wants a couple to be happy and has a lot of children

Today, in a new episode of the series Reunion / Vuslat Kadir Doğulu will perform the song “Zahid bizi tan eyleme”

Melisa Aslı Pamuk went shopping and talked to reporters. As the actress confessed in her life while nothing interesting happens

Pelin Karahan, who was spotted by journalists at the Zorlu shopping center, said that she was always devoted herself to the family. She has no specific plans for a new job yet.

Netflix’s largest international website, What’s on Netflix, announces this week’s updates. Of course, the main point is given to The Protector. The journalist admits that he is looking forward to the second season, as the series turned out to be a huge success and he wonders what will happen next.

The Turkish press considered Hande Erçel as a Hollywood star, as the girl worked in advertising Puma, where the photographer was Timothy McGurr, who works with Beyonce, Cristiano Ronaldo, Neymar, and other celebrities

The actor for the role of Akin Koçovali in the series The Pit / Çukur has not yet been found. All the gossips about the actors who can play this role does not correspond to reality. No agreement has been reached yet. 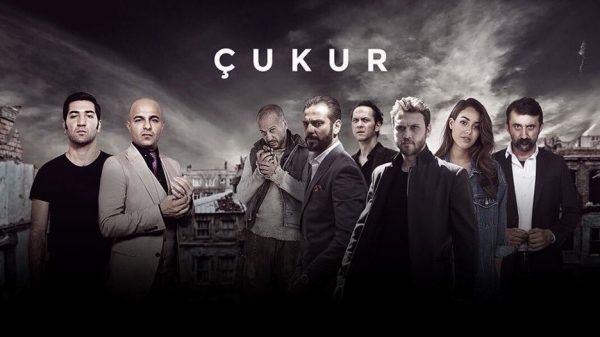 Promo of the new season of the series Behzat Ç