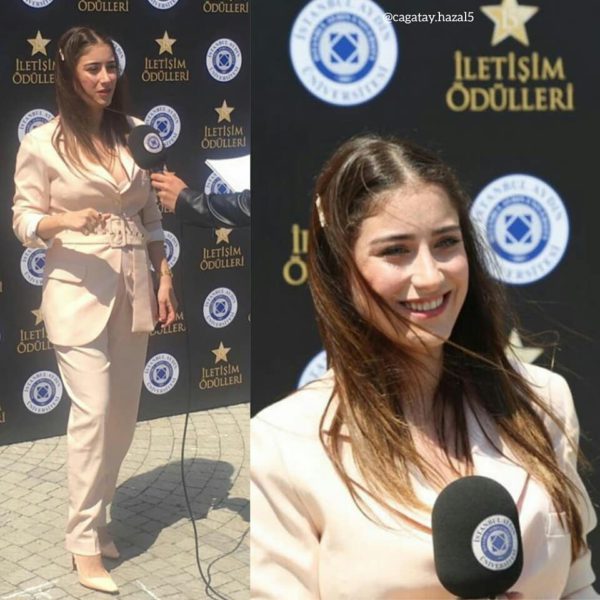 Hazal Kaya on May 9 at the award’s ceremony at Istanbul University gave a short interview to the Turkish press. Of course, journalists were primarily interested in whether the actress is pregnant and whether the final of the series Our Story / Bizim Hikaye is related to her condition.

Hazal said that she had read the news about her “special situation” and the series finale for this reason from one journalist. It hurt her deeply. Unfortunately, the press is accustomed to blaming the actresses in everything, finding the reasons for everything in them. From now on, she will pay special attention to such situations. She has nothing to do with the series finale and her condition is not the reason for such a decision. She did not answer the direct question of whether she was pregnant or not.

Recall that, in spite of the long-standing tradition, it was already announced that her partner Burak Deniz will star in the new series Boss / Patron, which will be made by TIMS & B company. Usually in the Turkish show business such things are treated very carefully and do not announce the beginning of a new job until the old one is finished. In this case, an exception was clearly made. However, the journalists, not noticing Burak, were quick to accuse Hazal of everything, despite the fact that she prefers to remain silent and not to announce her future plans.