Blogger Batuhan Safak visited the shooting of the TV series The Protector, boasted the autographs of the actors of the series

Melisa Asli Pamuk, who had just finished her job in the series Crash / Çarpışma, was spotted at the Zorlu shopping center. As the actress admitted, she is going to have a good rest, and after considering new job offers on the series.

Melisa Asli Pamuk on the cover of ALL magazine

The crew of the series Hercai had fun at work

Nisa Sofiya Aksongur, who plays the little heroine of Burcu Biricсk in the Kuzgun series, will play the film 7. Hücredeki Mucize as the daughter of Aras Bulut İynemli this summer

Ceyda Ateş and Buğra Toplusoy returned to Turkey, where they are going to make a second wedding for their relatives this summer. Recall that the couple got married last year in Miami, where they live

Gözde Kansu, known for the TV series Içerde and Sen Anlat Karadeniz, broke up with her beloved Engin Tozak and moved out of their home. Engin himself, who was caught by journalists in one of the malls of Istanbul confirmed the information 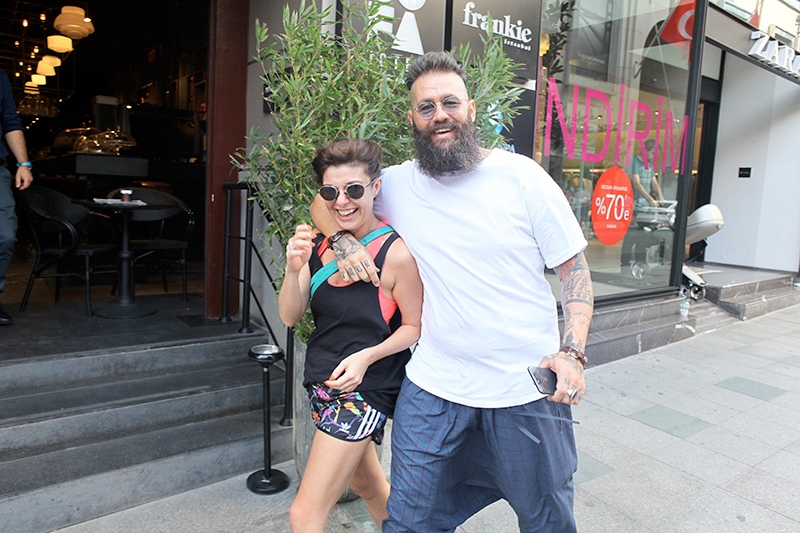 Burçin Terzioğlu would like to be a femme fatale

Burak Özçivit is currently in Bursa

Yesterday the daily series Yemin made the season finale. The project will return to the air in the fall

Gonca Vusateri on the cover of Women’s Fitness magazine

Duygu Sarışın for Women’s Health magazine – behind the scenes

Akın Akınözü promised to start the story over again next season.

Elçin Sangu on the cover of L’Officiel magazine