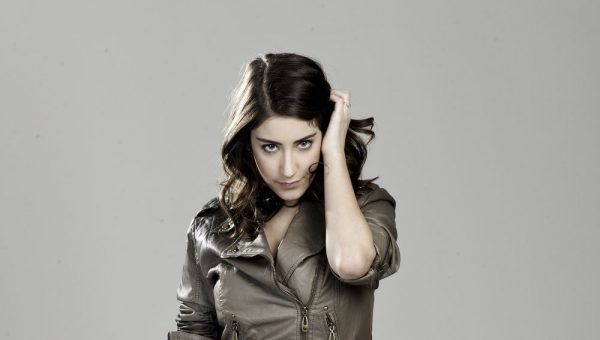 Currently, there are two TV series in Spain starring one of the brightest stars of the Turkish screen Hazal Kaya: Adini Feriha Koydum / El secreto de Feriha and Aşk-ı Memnu  / Forbidden Love. It is curious that Spaniards fell in love with Feriha. The series is significantly ahead of the Forbidden Love in the ratings of the Nova channel and this is the most popular Turkish TV series on Spanish television by far.

Spanish journalists came to Turkey specifically to interview the actress who spoke about her work and future plans. Hazal admitted that she was very happy that her series “I called her Feriha” received such recognition in Spain. This is an amazing feeling when the story of a Turkish girl touches the hearts of viewers in all corners of the globe. Hazal hopes there will still be roles in her career that will give her the same strong impetus as an actress. Her Nihal in Forbidden Love was a child who lacked love but had a lot of money. And Hazal liked to develop this character who had a lot of pain and desire to love.

In the case of Feriha, everything was even more complicated: she was strong, but was entangled in her lies. She struggled with her feelings and her family. In fact, Feriha’s plot is simple, but deep, because it is based on such a strong feeling as love. Therefore, this story is universal. The series’ international success has one explanation: the story of human conflict was real and sincere. It was a difficult love because the characters belonged to different worlds. And the main conflict in their relationship is a matter of trust.

The worst moment of the series for Hazal was a helicopter flight. It turns out that she is very afraid of heights and getting in a helicopter to make a flight over Istanbul was very difficult for her.

When asked how the actress worked with Çağatay Ulusoy and Beren Saat Hazal replied that both of them are very professional, and she appreciates working with them.

The main thing for her when she decides whether to agree to a new series is the character of the heroine. Hazal is trying to listen to the character, to see if she can match her feelings. Then she finds out the work of the director, producer, screenwriter.

Asked if she would like to work abroad Hazal said that yes, this is her dream, and she is working on this issue with her manager.

At the end of the interview Hazal Kaya admitted that she really likes Spain, she loves to travel and visit various places. It is an incredible country and she especially likes the people who inhabit it. They are so similar to her compatriots. And she loves everybody!