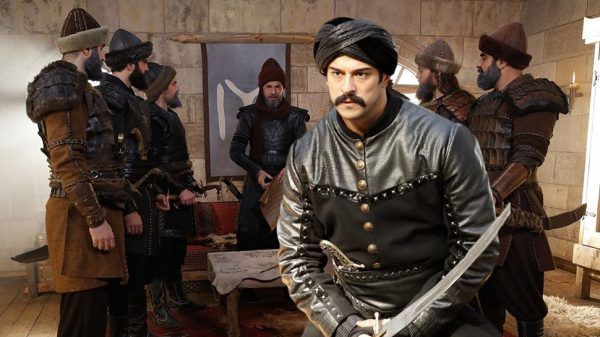 Burak Özçivit is a big star whom millions of dollars are offered for advertising. But he rejected a lucrative contract. Why?

Burak Özçivit whose last work in the Turkish television was the series Endless Love / Kara Sevda is returning to the screens of Turkey with the new big project Resurrection Osman. The actor will embody on the screen the founder of the Great Ottoman Empire Osman Gazi. We’ll see the first teaser of the series this week, and as its creator, producer Mehmet Bozdag promises that the series will be released on ATV channel in the very near future. We remind you that some Turkish media wrote that the Resurrection Osman is scheduled for January next year, however, it seems that the information was not correct. The premiere of the show can be expected in October or early November. In the middle of the month producer Mehmet Bozdag and ATV channel will present the series at the international exhibition of media content in Cannes.

As it became known, young dad Burak Özçivit received a very tempting offer from one of the Dubai companies. The actor was offered an astronomical fee of 10 million Turkish lira or 1 million 769 thousand US dollars for advertising diapers. In the Arab countries, Mr. Özçivit is treated with special love, so this proposal is not astounding. Burak often receives offers to work in advertising from different countries and this one differs only in the very impressive amount of the check that the advertisers are ready to pay.

READ  The radical decision of the creators of Diriliş: Ertuğrul

However, the proposal was rejected under the pretext of heavy agenda of the actor on the set of the series Resurrection Osman. According to the official version Burak wants to devote as much time as possible to the family and the child. It is not so easy to do, because of his professional obligations, so he simply can not take on the additional work. Although perhaps the whole point is that diaper advertising is not very suitable for the image of the founder of the Ottoman Empire.

In the next five years, Burak Özçivit will have to be careful about incoming advertising offers that should not harm his main job, that is, filming in the TV series Resurrection Osman.