Who became the “Forgetful Killer” and when is the premiere? 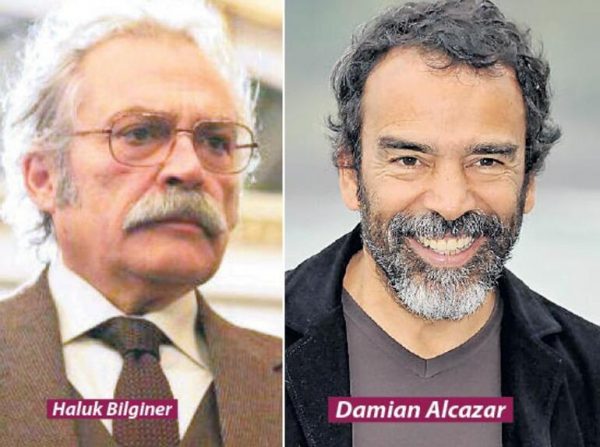 The series Personality / Şahsiyet is considered one of the highest quality digital projects created by Turkish filmmakers. Its leading actor received the prestigious Emmy Award. Who will play the main role in the Mexican remake of the show and when will it be released?

Turkish TV shows are often criticized for their lack of fresh ideas and that their producers have a tendency to make the remakes. However, the same trend is observed in the rest of the world. Moreover, just as Turkish producers make remakes of foreign series, so foreign ones use the ideas of Turkish scriptwriters. Ay Yapim TV company, whose series have successfully adapted around the world, has decided to join in the creation of remakes for its own products, preparing the first large Spanish-language project in collaboration with Mexican and American producers.

The  scenario of the new series Forgetful Killer / El Asesino del Olvido is based on the Turkish TV series Personality / Şahsiyet, for which Haluk Bilginer was the first Turkish actor to receive the prestigious Emmy Award. The series is being created in collaboration with the American company Viacom. Damian Alcazar will play the role of serial killer Agâh, who is gradually losing memory due to developing Alzheimer’s disease, in the Mexican version. The actor is known for his work in the famous Netflix series  Narcos where he played Colombian drug lord Gilberto Rodriguez.

The series will consist of 10 episodes of 45-50 minutes each. Filming will take place in Mexico and Argentina. The scriptwriter of the original series Hakan Günday and director Onur Saylak will also be on the team of the new project. Filming will begin on February 24 and will continue to the end of May. The new series will be released in January 2021. The project is intended for a digital platform. Negotiations are underway with Netflix and Amazon.

Alas, the quality of the Turkish original did not make it popular in the homeland, but perhaps the company made some corrections and the new, Mexican version will be more successful. Will it be successful, we will know only in a year.