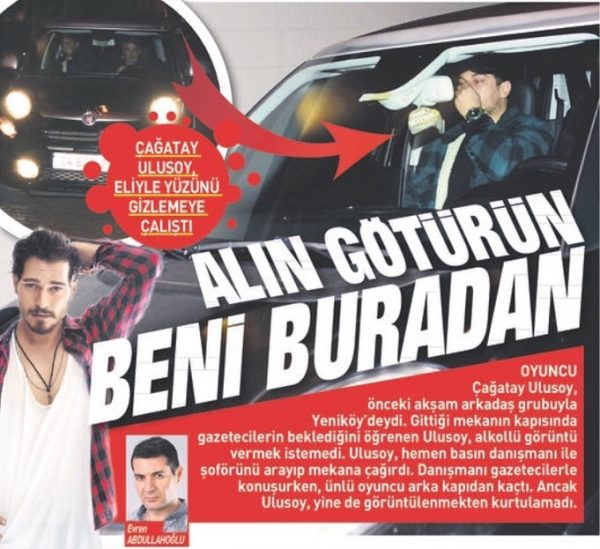 Turkish media released headlines “Why Çağatay Ulusoy tried so hard to hide” and “A rough night of Çağatay Ulusoy.” As it turned out, the actor asked the journalists not to photograph him, but when they refused, he came out through the back door of the club and covered his face with his hands. Journalists also write that perhaps Çağatay did not want to be photographed with a drink, but he had never been embarrassed before, and he even gave an interview a year ago “tipsy”.  Moreover, he was clearly not drunk enough not to control the journalists or to maneuver to neutralize them. Note that the attempts to hide the face were already before the beginning of the show Insider / Içerde when the actor concealed his new image.