Miracle in Cell No. 7 – Oscar nominee from Turkey 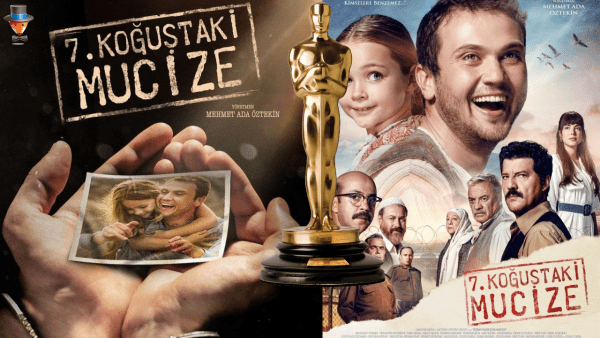 Film Miracle in Cell No. 7 / 7. Koğuştaki Mucize starring Aras Bulut İynemli is nominated for the Academy Award for Best Foreign Film from Turkey. But the nomination did not pass without another controversy in the Turkish media.

On Tuesday, November 10, an official committee of the Ministry of Culture announced its decision. This year, Turkey will be represented at the Oscar race by the film Miracle in Cell No. 7, which has aroused great interest in the world since its release on Netflix.

As a reminder, every country except the United States nominates one film in this category. Academy members post a short-list of nine films that deserve a nomination. Five candidates are announced along with the rest of the Oscar nominations. Note that a few years ago, the Academy changed the rules. From now on, foreign films can participate not only in the “foreign film” category, but also be nominated in all other categories. In this case, the choice depends on all the members of the Film Academy who participate in the vote.

However, some social media users expressed their dissatisfaction with the nomination, pointing out that the film was not original, it was a remake of a Korean movie, therefore it could not claim such a high award and the Turks were simply “disgraced”. Well-known journalist Ranini was shocked by such statements. She noted that Martin Scorsese’s film The Departed, which was nominated for an Oscar, Golden Globe and BAFTA, is also a remake of the Hong Kong action movie. Probably, American cinema, too, disgraced itself, since it considered this film worthy of such prestigious awards. Can we shout, “Shame on Martin Scorsese?”

Alas, despite the fact that Aras Bulut İynemli’s film enjoys great success all over the world, not everyone accepted the fact of its nomination for the prestigious award as something deserved. As the saying goes, “There is no prophet in his country.”