Turgay Tanülkü is respected even by thieves 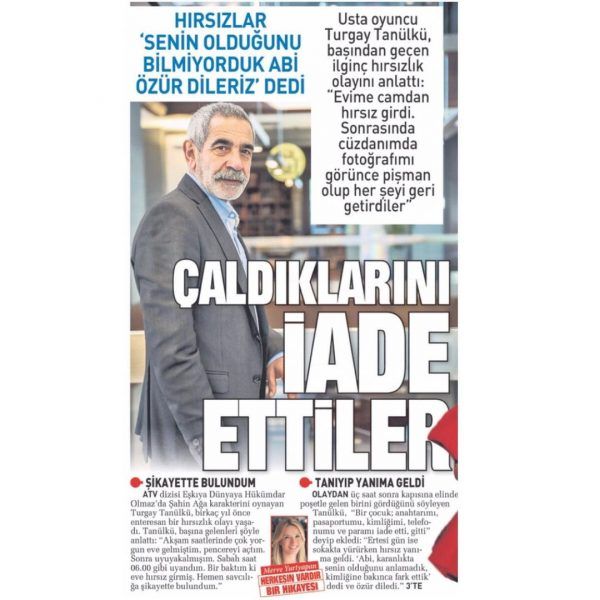 Turgay Tanülkü told an interesting story that happened to him. Somehow thieves got into his house and stole money and documents. He filed a complaint with the police, but on the same day the thieves knocked on him, apologized and returned everything, repenting that it was dark, and they did not see who they broke into. When they saw the photo of the actor in the wallet, they immediately ran to return everything. Recall that Mr. Turgay is not just a famous actor who appears in the TV series The Bandits, but also one of the most respected people in Turkey. He adopted 26 street children, giving them an excellent education (among his children are prosecutors, lawyers, engineers). Next year, he will appear in the Netflix film “Struggle Alley” alongside Çağatay Ulusoy.