The Protector in the top of the most popular Netflix series 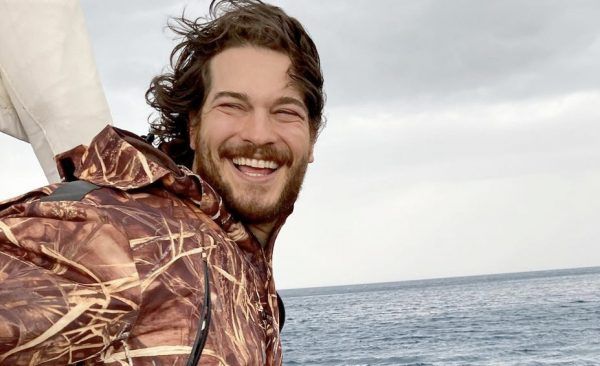 The series The Protector, released two years ago, is still Netflix’s most popular Turkish TV series. And Çağatay Ulusoy from a Turkish star has already moved to the rank of international actors.

Despite the difficulties faced by the production of the first Turkish Netflix series The Protector, the project has proved to be the most successful and most watched on the platform of all the series that have been released under the Netflix Originals label in Turkey so far. Netflix has published a list of the most popular international TV series in the United States in 2020. In 10th place is the Turkish TV series The Protector. We remind you that the platform released 4 seasons of the TV show, which can now rightfully be called an international hit. In addition to the United States, the series is in the top of almost all over the world, including Europe, Latin America, the Middle East, Australia, and in India tops the top non-English-language fantasy series.

Netflix provided the results for this year, which means that the views of the past two years when the first seasons of The Protector were released are not included in the report. Unfortunately, at the start of the series, when it was even more popular, the platform did not provide data, limiting itself only to stating the fact that the Turkish series became one of the most popular international Netflix projects in the world with an audience of 10 million viewers in the first month.

The Turkish press rushed to announce its international success, proudly stating that the series produced in Turkey has finally found an audience in the United States. The success of the leading actor in the project Çağatay Ulusoy is especially highlighted. Despite the obvious hostility of the film elite, the actor managed to prove himself internationally and not recognize it, given the latest official Netflix data, is no longer possible.

This success is reflected in very specific numbers. According to the journalist of the Milliyet publication Umut Unever, Turkish producers had previously paid Çağatay 150 thousand Turkish lira per episode. Now the actor “has risen in price” significantly. In his new project, he will earn 250 thousand Turkish lira per episode. Note that the amount of his contract with Netflix was even higher, but in this case, the actor was paid for exclusivity and for being the face of the platform, and not just for working on the TV show.

In 2021, viewers will see Çağatay in the new film “Struggle Alley”, which will be released on March 15 on Netflix, as well as in the series Yeşilçam, which is scheduled to premiere on the digital platform Blu TV. In the second half of the year, he will begin filming the series “Museum of Innocence”, which will be filmed by the Hollywood company Wild Sheep Content for Netflix’s main rival the digital platform Amazon Prime. The project will be filmed for the American Amazon, since the content of the series raises a lot of questions from the Turkish state censor RTUK.

Fans of the star hope that his new work will be as successful as the first Netflix project made in Turkey.