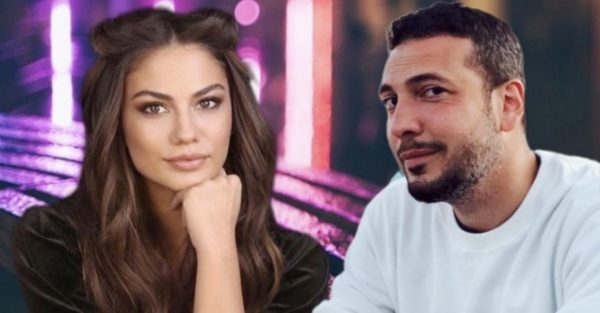 The Turkish press announced the first love bomb of this year: Demet Ozdemir and Oğuzhan Koç allegedly began dating. However, is it really so? That’s what we know so far.

The Turkish press has been reporting for a long time that Demet Ozdemir is dating the famous singer Oğuzhan Koç. Demet denied the rumors, but this does not prevent the paparazzi from continuing to insist on their own.

According to them, this time Demet and Oğuzhan celebrated the New Year together. They were spotted at the exit from The Stay Warehouse Oteli in Alacati, where the couple went after the shooting of the Voice of Turkey program. Oğuzhan came to pick up his beloved from the set. The journalists were not confused, determined where they were and took a photo from the hotel. The photos presented were so vague that it is not yet possible to determine who is on them.

Journalists claim that Demet Ozdemir has allegedly admitted: the information about her affair with Oğuzhan Koç is correct and the journalists can release their bomb. Where she confessed, to whom she confessed is not specified.

And immediately Oğuzhan gave an interview to paparazzi that he was about to release the song and work with the Exxen platform. For some reason they forgot to ask him about love with Demet (the hottest topic). All accidents … are not accidental? We will wait for an explanation from the actress herself: whether she will confirm the information in the press.