Can Yaman was fined in Italy 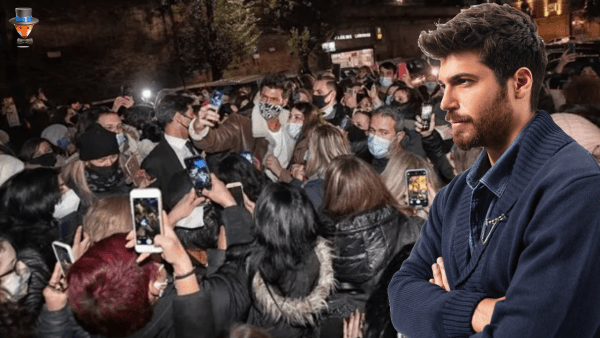 Can Yaman was fined in Italy

Can Yaman is again in the spotlight of the Turkish and Italian media. The excitement of his fans, who had met their beloved actor in Rome, cost him 400 euros, which had to be paid as a fine. What happened?

Italian police have investigated a case of violation of the anticovid regime, provoked by the Turkish actor Can Yaman and his fans near the hotel where the star of the series The Daydreamer was staying. As a result of the investigation, the actor was fined 400 euros.

According to representatives of the police department, employees of the Edem Hotel and Mr. Yaman’s managers agreed that Can would enter through the back door. He did so at first. However, the 31-year-old Turkish actor who arrived in Rome to shoot an advertisement directed by Ferhan Ozpetek, suddenly came out of the main entrance, where a large crowd of fans was looking for autographs.

Police chief Franco Gabrielli demanded from his subordinates an immediate report on exactly what happened, having received information from social networks and expressed strong criticism of the incident. In his opinion, an unjustified meeting of numerous people who were at risk of infection discredits the work of the police. He demanded maximum attention from his subordinates so that this would not happen again.

The filming of commercials starring Can Yaman is over, and he is returning to his homeland, not forgetting to warmly thank the director Ferzan Ozpetek. By the way, for his work, he earned 2 million 700 thousand Turkish lira or 300 thousand euros. Of which 400 euros remained in the pockets of the Italian state.