Binnur Kaya in the TV series Apartment of the Innocents / Masumlar Apartmani? 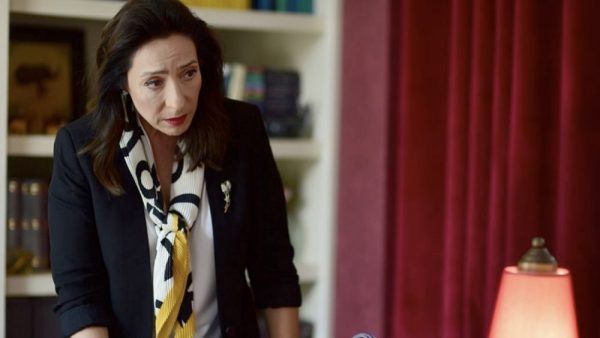 In the last episode of the series Apartment of the Innocents / Masumlar Apartmani Inci and Han had a conversation, during which she recommended that he contact a woman psychiatrist, whose office is located next to Taksim Square. Users of social networks immediately suggested that in the next episode of the project, we will meet with the main character of the Red Room / Kirimizi Oda series performed by Binnur Kaya. Since both TV shows are filmed by OGM Pictures, such a transfer is quite likely and has already taken place in previous series My home My destiny.