Did Paper Lives open a new genre on Netflix? 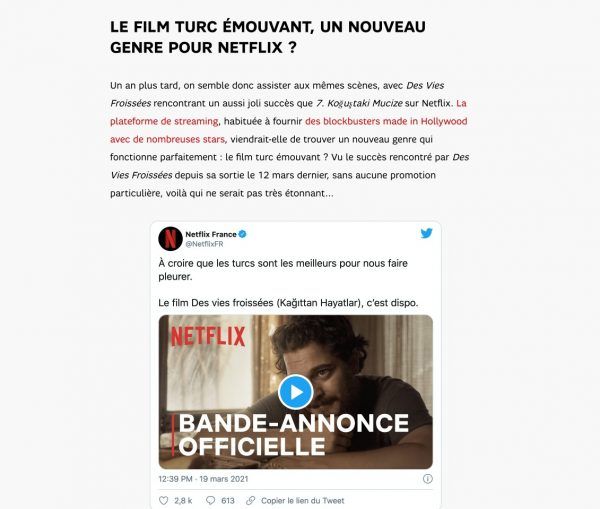 The journalists of the French online edition of the largest telecom operator SFR, analyzing the next phenomenal success of the Turkish film among French viewers, conclude that Netflix has unexpectedly found a new formula for cinema. The platform, which focused mainly on Hollywood blockbusters with big stars, has already released two films of a new genre – Turkish films that affect the emotions of viewers. Considering the fact that Paper Lives / Kagittan Hayatlar has such a huge success even without any advertising from Netflix, it is not surprising if the platform continue to rely on Turkish cinema in a genre that is new for European viewers.